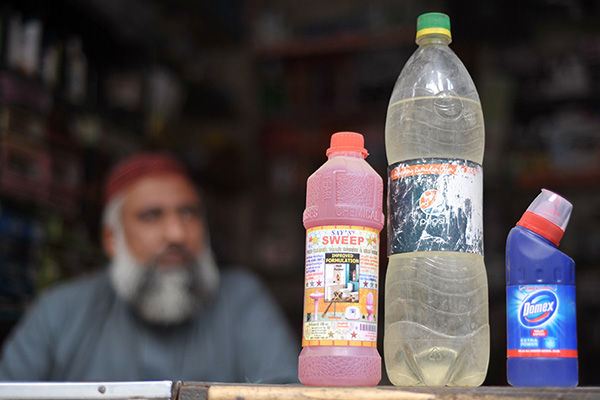 Bushra was asleep in her home when a man broke in and threw acid on her.

A young actress suffered burn injuries in an acid attack in northwest Pakistan on Saturday, her relatives and police said.

The 18-year-old, known as Bushra and popular in the northwest for her film, television, and theater appearances, was attacked while asleep at her home in Nowshera. “A man climbed the wall of our house in the early hours, threw acid on my sister and fled,” said Bushra’s brother Pervez Khan.

The teen was immediately taken to Lady Reading Hospital in Peshawar where Dr. Suhail Ahmad said she had suffered burn injuries on her face and shoulder but was in stable condition.

Bushra’s brother has lodged a complaint against a local TV drama producer, Shaukat Khan, over the incident saying that the producer was unhappy over Bushra’s refusal to marry him.

Acid attacks are common in Pakistan with scores of such assaults taking place each year. The plight of acid attack victims and survivors became the focus of a 40-minute 2012 Oscar-winning documentary Saving Face by Sharmeen Obaid-Chinoy.