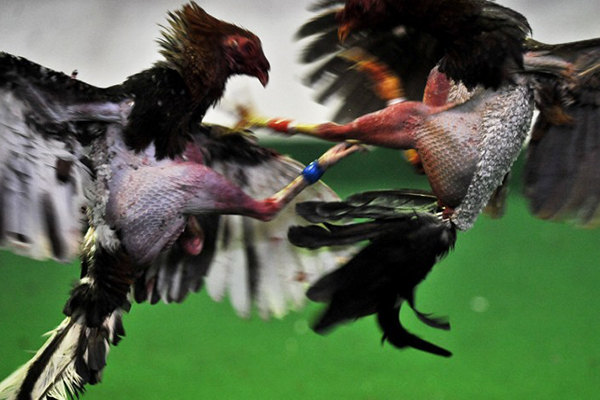 Writer Siddiqa gives the ISI too much credit.

Anatol Lieven and others have hit back against claims by a Pakistani columnist that Pakistan Army’s Inter-Services Intelligence agency has several people working for it at think tanks in Washington, D.C.

Lieven, the widely-respected author of 2011’s Pakistan: a Hard Country, has circulated a letter—which was made available to Newsweek on Friday—contesting columnist Ayesha Siddiqa’s Twitter claims which were the basis for the Times of India’s June 30 story “ISI Has Infiltrated U.S. Think Tanks, Pak Scholar Says.” (Lieven is currently with the New America Foundation, a D.C. think tank.)

“The Times of India chose to carry a story based on unsubstantiated but extreme allegations targeting respected scholars,” says Lieven’s letter, which is cosigned by others, including former U.S. ambassadors to Islamabad Cameron Munter and Wendy Chamberlain. “Neither Siddiqa nor the editors have offered a single scrap of evidence for the vicious suggestion that our colleagues work for the Pakistani intelligence services.”

Describing Siddiqa as “a prominent antiestablishment scholar,” Times of India claimed the author had “caused a flutter in Washington” with her tweets. (Privacy settings on her Twitter account make it inaccessible to the public.) Siddiqa, a regular columnist for The Express Tribune newspaper and who until recently worked at Pakistan’s National Accountability Bureau, is the author of Military Inc.

The Times of India report suggests that Siddiqa’s objection is not so much alleged ISI patronage but rather its selection of people to patronize.

“The only problem with this approach is [that the ISI is] sending unqualified people to compete with Indians in the U.S.,” the newspaper reports Siddiqa as tweeting. “Siddiqa maintained that her ‘only concern is if they have [to] do it then send [people] with capacity or grow [people] inside the system’ and said the ‘current plan is [a] flop.’ For think tanks, ‘the main issue is money, whoever can put down a grant gets the slot,’ she said, explaining how Pakistan was making inroads into think tanks,” the report says.

Lieven is one of several people Siddiqa has regularly attacked.

“This is not the first time Siddiqa has made such accusations and these are not the only people to have faced such attacks,” states his cosponsored letter. “Siddiqa’s action is simply a disgraceful attempt to malign fellow experts with whom she disagrees. This is only the most recent example of a disturbing trend in public debate where disagreement is dealt with by accusations of someone working for one intelligence agency or the other.”

The letter continues: “Any such baseless insinuations against respected scholars not only harm the individuals concerned, they also undermine free and honest intellectual debate concerning Pakistan. We wish to state clearly that such behavior has no place in any civilized and democratic discourse—no matter who the people involved are.”

The signatories on the letter have asked Siddiqa “to provide concrete evidence” for her allegations failing which she must immediately “retract and apologize for her statements.”

Accusing people of proximity to the ISI in an attempt to damage them is an old pastime in Pakistan. In a 2008 column for The Nation, a prominent member of the Pakistan Peoples Party made the patently absurd claim that three of his colleagues (Makhdoom Amin Fahim, Dr. Safdar Abbasi and his wife Naheed Khan), whom slain party leader Benazir Bhutto favored but her widower did not, were actually planted in the party by the ISI.

Any Deal with TTP to be Subject to...

‘I Will Never Accept this Government’