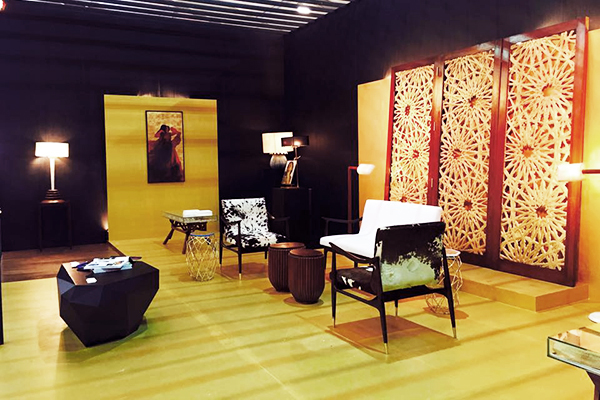 The Indian edition of Elle Décor has named Pakistan’s Attiq Ahmed co-winner in the Young Talent category at the 13th annual Elle Décor International Design Awards (EDIDA) in India for works produced during 2014. The winners were announced late last month in New Delhi.

Ahmed, 38, is an architect and urban planner who founded the Office of Conservation & Community Outreach (OCCO), a think tank dedicated to the study and analysis of Lahore’s urban environment. He teaches at the National College of Arts, Lahore (and serves on the board of AG Publications, which produces Newsweek Pakistan). Ahmed is also the founder of Turning Tables, a boutique furniture-design house whose catalogue won him the EDIDA honor.

The February-March 2015 issue of Elle Décor says Ahmed “imagined a collection that takes cues from both Colonial and Mughal eras, where he relies on his contemporary aesthetic to create intuitive, ‘Made in India’ works” using “an array of materials like wood, metal, brass, marble and more.” The magazine takes particular note of his Alien and Laaltain lamps, Tabla occasional table, and Espasso two-seater and chair.

EDIDA, says Elle Décor, are an “annual roundup of the innovative and the inspirational; the simple and the superlative—the movers and shakers of tomorrow.” Here’s the complete list of the latest EDIDA winners:

Reviewing India Design ID 2015, Open, a weekly current affairs and features magazine in India, said Ahmed creates his pieces “with space, and a desire for peace.” Describing the Turning Tables pavilion at the fair, it says: “In this yellow and black space, there is a screen that is inspired by paintings in a Lahore historical building, and he uses it as a backdrop. He juxtaposes colors, and materials. The light falls just adequately, and in the right ways. Just to highlight, not to devour things that have been placed. There is an art of movement, and a secret of taming the elusiveness of time. A lantern in wood is a relic from the past, going on to the future. In its current space, it is at once nostalgic and futuristic. It is like moving on with a sense of the past, and of what can be created with only beauty in mind.” Ahmed, says Open, “works with history, and what is available.”

“I am a designer whose work is coming out from a dearth of beautiful things,” the Lahore-based designer told Open. “The impulse is to find something beautiful, and then the impetus was to manufacture them.” The Turning Tables exhibition was designed like “a box that has just been opened,” notes the magazine, adding that, “Design is an emotional process. That’s what anchors Ahmed. He is a Sufi, and in that box, you can feel a love of beauty, and his quest for it.”

Very good to see Atiq’s name up there!

ATIQ DOES US PROUD.

Attiq deserves this excellence award and will go more higher…