Home Scope Pakistani Girl Injured with Malala to Finish School in the U.K.

Pakistani Girl Injured with Malala to Finish School in the U.K. 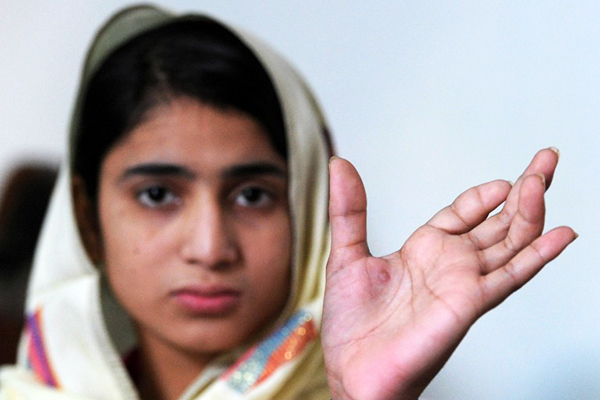 One of Malala’s two classmates injured in Taliban attack will finish school in Britain.

Shazia Ramzan reunited with her former schoolmate Malala Yousafzai when she flew into Birmingham airport on Saturday night. This was their first meeting since the Taliban attacked their school bus on Oct. 9 in Swat.

Owing to security fears in Pakistan, the British government has issued a student visa to 15-year-old Shazia, who will finish school now in the U.K. Shazia’s education will be funded by support from charities, including former British premier Gordon Brown’s A World at School initiative.

“I am so grateful for the opportunity to study here and try to become a doctor,” Shazia said in a statement issued by Brown’s charity. “I wanted so much to stay in Pakistan and complete my education, but constant threats made this impossible.”

Brown serves as the U.N. special envoy for global education. Malala’s father, Ziauddin, works at his office in an advisory capacity.

Malala was targeted by the Taliban for her work promoting girls’ education. Two of her schoolmates—Shazia and Kainaat Riaz—were also wounded in that attack. Malala was flown to Britain for surgery and started school in Birmingham in March.

Malala has become a global symbol of the campaign for the right of girls to an education and has been nominated for the Nobel Peace Prize. She has been paid a multimillion-dollar advance for her upcoming autobiography, I Am Malala.

Update (July 2, 2013): Kainat Riaz, who was wounded in the attack on Malala, is also expected to move to Britain for schooling. Her father has confirmed this to Newsweek.