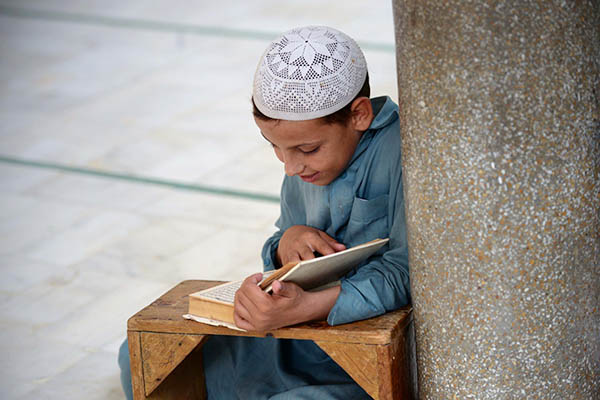 Placed on U.S. sanctions list, Ganj caretaker says it is a simple school as police claim it has served as LeT nerve center.

A Pakistani madrassah slapped with U.S. sanctions as an alleged terror training center has denied the charges, insisting it teaches only religion and Arabic grammar to around 150 boys.

The U.S. Treasury said the Ganj seminary in Peshawar was being used as a training and recruiting base by Al Qaeda, the Taliban, and militant group Lashkar-e-Taiba (LeT). The head of the madrassah, Fazeel-A-Tul Shaykh Abu Mohammed Ameen Al-Peshawari, known as Shaykh Aminullah, has been on U.N. and U.S. terror blacklists since 2009.

Shaykh Aminullah has not been seen at the school for eight months, according to school caretaker Haji Alam Sher. Sher denied any links to terrorist groups, saying that the seminary teaches 150-180 students.

“We teach different subjects including Islamic shariah, history and Arabic grammar to our students,” he said. The pupils are currently on their summer holiday, he added.

But Pakistani security officials have confirmed that the school had been raided in the past and had close ties to LeT, the group blamed for killing 166 people in Mumbai in November 2008. “There were no terrorist activities going on at the madrassa but we found out it was a Lashkar-e-Taiba nerve center,” said a senior police official.

He said a young man arrested on his way to fight in Afghanistan in 2011 was found to be carrying a “certificate for heaven” which had been given to him by the Ganj madrassah—a piece of paper given to militants promising them paradise after their death. “The madrassa used to issue similar certificates to all LeT men who went to Afghanistan for jihad,” the police officer said.

A Pakistani intelligence official also said that the madrassah was a center for LeT activities.

Thousands of madrassahs in Pakistan educate some of the poorest children in the country. But they are not tightly regulated and have served as recruitment grounds for militant groups. Ganj is the first madrassah hit by U.S. sanctions, which forbid Americans from having any business interaction with it, and freeze any of its assets that come under U.S. jurisdiction.

Does it mean that the US supports some of the Madrassas which it finds ‘useful’ for its agenda?