Pakistani Passport Still Among Worst to Hold in 2020 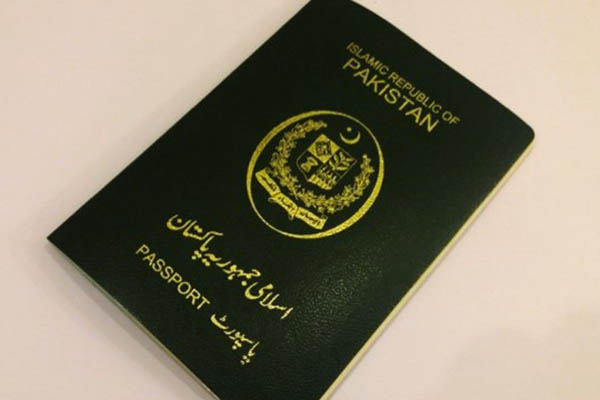 The Henley Passport Index on Tuesday released its first report of the new year, retaining the Pakistani passport’s rank at 104 out of 107 for the third year running over the paltry 32 nations that holders can travel to without visas.

Powered by the International Air Transport Association, the Henley Passport Index measures global access on the basis of nationality. It’s ranking of 200 countries provides an in-depth picture of travel freedom, including the countries a given passport allows people access to and the types of visas required.

In its latest report, the Index found that only 32 nations allow visa-free access to Pakistan, tied with Somalia. The only countries with less travel freedom are Syria (with 29 visa-free options); Iraq (28); and Afghanistan (26). Neighboring India, meanwhile, ranks at 84 with 58 nations offering its nationals visa-free or visa-on-arrival access.

The strongest passport, meanwhile, was found to be that of Japan. According to the Index, the Japanese can avail visa-free, or visa-on-arrival, access to 191 destinations around the world. Singapore comes in second with 190; while South Korea and Germany are tied in third place with 189.

The report notes that the gap between the highest and lowest ranking states—Japan and Afghanistan—is the largest it has been since the Index launched in 2006. A Japanese passport holder can access 165 more destinations than a holder of Afghanistan’s, it noted.

The U.S. and the U.K., meanwhile, continued to slide down the rankings. They currently are tied in eighth place with 184 options for ease of travel—a dramatic drop from the number one spot they jointly held in 2015.

The report noted that the biggest success story of the past decade was the U.A.E., which has climbed 47 places in 10 years and is currently at 18th place, with a visa-free/visa-on-arrival score of 171.

Dr. Christian H. Kaelin, chairman of Henley & Partners and the inventor of the passport index concept, says the rise of Asian nations proves the benefits of “open-door policies and the introduction of mutually beneficial trade agreements.” The Index also cited political science researchers Uğur Altundal and Ömer Zarpli, of Syracuse University and the University of Pittsburgh respectively, to have found a strongly positive correlation between travel freedom and other kinds of liberties—from the economic to the political, and even individual freedoms.

“There’s a distinct correlation between visa freedom and investment freedom, for instance. Similar to trade freedom, countries that rank highly in investment freedom generally have stronger passports. European states such as Austria, Malta, and Switzerland clearly show that countries with a business-friendly environment tend to score highly when it comes to passport power. Likewise, by using the Human Freedom Index, we found a strong correlation between personal freedom and travel freedom,” Henley quoted them as saying.

*This list is subject to change based on the individual policies of the states listed.

Relax. It will take time for it all to turn around.

My question to Dr. Christian Kaelin, the inventor of Henley Index and other researchers at Syracuse and Pittsburgh universities is that while there is a certain positive correlation among personal freedom, travel freedom, economic (trade and investment) freedoms, who is to blame for the negative correlation for countries like Afghanistan, Pakistan, Somalia, Iraq, Yemen, Iran and Syria for being the lowest ranked and weakest passport holders?

Did by any chance, these weak passport countries self-bomb and inflict upon themselves all the negative conditions to destroy their own personal, political and economic freedoms and weaken their passports?

Or, are the perpetrators who happen to have stronger passports, primarily responsible as causative agents of chaos, mayhem, economic and political instability in the lowest ranked countries.

Is it a mere coincidence that countries that were intentionally pushed into unwanted wars and conflicts by US, Russia and their allies such as Saudi Arabia and UAE – all happen to be the same war-torn countries that have been relegated to the worst ranked passport holder nations?

Let’s not be smug in ignoring historical, political and regional conflicts and wars that have destroyed cultures, economies and freedoms of the countries in the conflict zones by the main perpetrators US, UK and their Western and Middle Eastern Allies.

Singapore and Dubai, Japan and South Korea are well protected by America . These nations are politically relatively stable and technologically advanced economies. They cannot be ranked on the same stringent criteria with the oil rich Saudi Arabia and the European Union.

In conclusion, the Henley Index is very unhelpful in promoting direly needed tourism to the poorest countries . It is also disparaging and particularly unfair to the countries in a state of perpetual conflict imposed on them by external forces for no fault of their own, without their choice.

No country stops anyone from using their passport to visit another country. The restrictions are almost always reciprocal.

The only bright spot from this list is Qatar!! Which really is a miracle being the richest country per capita wise,that such a wealthy & influential country could give free visa to a condemned hated country !!!!…

What a fuck Henley index and his fucking team.we love our pride country Pakistan and from their own fucking ranking its shows how narrow minded this fucking team obout Muslim countries. Now doubt about anything we don’t want to go either in any country. We want to work hard for only our love country Pakistan to make great. Great country for investment. You can earn more than you think cause this country have no worry about prises.u earn a lot not even any other country. Henley I want to let you know one thing more now we work to build a nation so we don’t need to go anywhere.

This ranking shows our national image, so your comment doesn’t make much difference we already pissed off. Keep going.

No one should care, Pakistan was established on the Kalima and that’s what that passport represents, The zionist Satan worshiping dajjals can’t handle that and hence the low rating, it kills them to see Pakistan and Pakistanis, regardless of how well Pakistan is doing they will always put Pakistan down in the rankings, you shouldn’t care one bit what rankings the white devil colonialist give because they’re opinion is obsolete, the terrorist state of america should have the worst ranking followed by the uK for starting 6 wars in past decade.

I m feeling very happy that ur thoughts about Muslims are good. Thank u very much…
We Pakistani s have strong believe that we will remain till end of this world insha ALLAH.
And keep fighting this war of goodness and evil…

Recently Pakistan has taken a lot of steps in view to promote her tourism industry and liberally invited world investors to invest in
Pakistan. A huge area of natural beauty awaits world nature lovers to invent & enjoy untouched lofty locations.

There is good and bad people every where in the world.but still I love my country Pakistan and respect all countries in the world.long live pakistan

No Pakistani should ever worry about what the media mercenaries say……..period.

Are you stupid. You useless moron

Please do not put everything into politics.

Thank you for sharing

Pakistan is much better than so many countries above them, I just failed to understand the logic of this biased ranking ,
We are much better and proud , so fuck off.

I am don’t believe this ranking number Pakistan is peaceful country and Pakistani people are also peaceful and caring so I am proud myself because I am Pakistani and last Pakistan zindabad.

We Love Pakistan. Pakistan is great and peaceful country. Pakistan will be No. 1 country soon as soon inshallah. It’s possible, We do hard work for Pakistan and will make a great country.

These Henely index All Ideot peole ..we dont care what they says .We love our Natation and we love our Country Pakistan.i proud to be a Pakistani

Who gives a fuck about anything like that.
It is not even a problem.
The only reason that muslim countries are ranking low is that the devils followers are just tooooooooooooooo jeoulous and are so scared of its progress that they try there best to hide it.
Ha stupids. ????
All hail pakistan
Long live pakistan.????

All this is only to underestimate Pakistanis. Who care for what pakistan has been sacrificing for many past decades due to just bloody policies of so called developed countries.what we bear ,an inch of that bearance is not a cup of tea for them.foolish cold blooded and coward nations are they and call themselves developed and modern.stupid

How Pakistanies can get visa free or on arrival visa or invitation letter and bank statement conditions exemption by Philippines. Manu Pakistanies are married with filipinias while work in arab countries and their kids are far from fathers inside Philippines. Pakistani Government should take an action in favour of those parents.

Only Pak refuses Entry to a illegitimate Country thanks in black and white on the inside ????

This is a disgrace. Pakistan is bottom in everything. Shame on you guys blaming others for this and not looking and blaming the people of Pakistan and Pakistani government for this.

Relax it will take a short time in guaidanc of imran Khan.. plz tell me the names of that 30 countries for which Pakistani r not inneed of entry visa

may God bless Pakistan.. gonna be sure after few years Pakistani wont be able to go to African countries tho. cuz we gonna be worser than them .lol just got surprise sometime an educated person act like an old donkey . don’t expect from these leaders .. if its imran khan or illiterate nawaz sahirf and so on like them.
well people play very important rule in the development of a country that’s quite far from our people mind they don’t even know what we have to do to raise this country and be on top. uneducated shamless …to developed your country is in your hands say no to corruption and say yes for hanging corrupt and liars leaders.. and very important thing to remove all the political parties from Pakistan. plenty of prayers for you guys. may God bless you All.

Hopefully, we can emerge on the bright side in the future