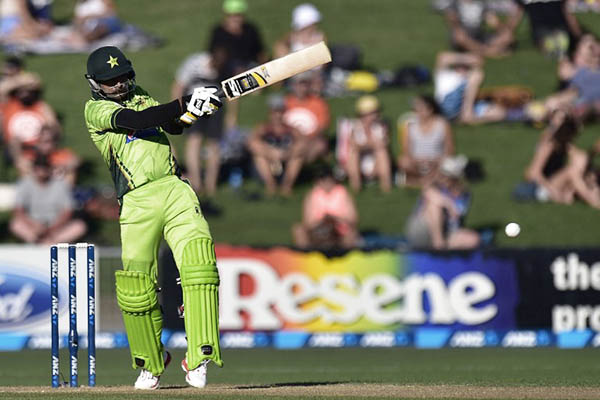 The national team has not won any major ICC event match against India since 2009.

If you talk to any Pakistani player ahead of Sunday’s clash against bitter rivals India in Adelaide, the first words to emerge are “we want a win.”

Pakistan have not won a World Cup match against India in five attempts since their first clash in the 1992 event, also held in Australia and New Zealand.

Captain Misbah-ul-Haq said that jinx must end this time. “We will do our best to change history,” said Haq. “I don’t know why we lost all those games, maybe all those teams failed to handle the pressure in the key game.”

Popular all-rounder Shahid Afridi insists there is always the first time “I am confident that this time we will change history and win this crucial game,” said Afridi, who was captain when they lost in the semi-final at Mohali in the 2011 World Cup. “If we win we will get a lift for the remainder of the World Cup and all the players and the team management are eager for the win,” said Afridi, who was also part of the team in the 1999 and 2003 matches against India.

Pakistan also failed to beat India in their four World Twenty20 matches—twice in the inaugural edition in 2007 [group match and final] and then again in 2012 and 2014. Their last win over their rivals in a major ICC event was in the Champions Trophy in South Africa in 2009.

Paceman Mohammad Irfan hoped he gets the key wickets. “I know what is expected of me,” said Irfan, the tallest-ever player in cricket at seven feet, one inch. “I have done well against India before so I am confident of doing well again.”

Newcomer Sohaib Maqsood said his ambition is to win the game and hit a century. “We all know how important this match is,” said Maqsood, after anchoring Pakistan’s win against Bangladesh with an unbeaten 93 in Monday’s warm-up game. “It would be the icing on the cake if we win and I score a hundred.”

Newcomer Sohail Khan said he would not be awed by the reputation of India’s batsmen. “Whoever comes before me, I will try to get him out as soon as possible. Reputation is not something which counts for me be it [Virat] Kohli or anyone,” said Khan.

Paceman Wahab Riaz hoped Pakistan would be celebrating on Sunday. “I have good memories of the last World Cup game we played against India [at Mohali in 2011] because I took five wickets. I got Yuvraj Singh and that was the most memorable one for me. I want to do the same again and will tell the boys not to spoil my good figures. They must go on and win the match because when I got wickets last time we still lost. It gave me no chance of celebrating my best.”