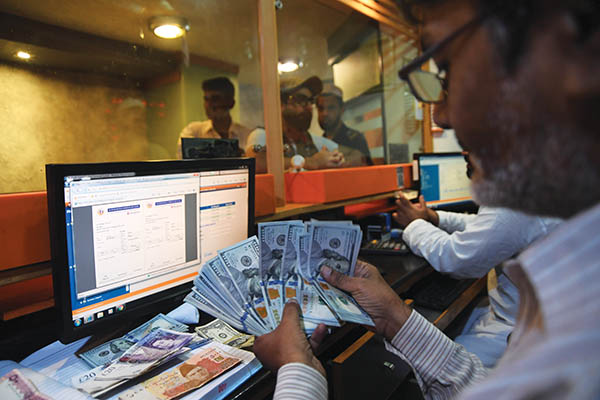 Pakistan’s rupee dropped to an all-time low of 146.5 to the U.S. dollar on Thursday, days after Islamabad announced it had reached an agreement with the International Monetary Fund on a fresh bailout for its troubled economy.

The IMF is seeking a market-determined exchange rate for the rupee as part of conditions for the $6 billion deal and as Pakistan struggles with a looming balance of payments crisis and low foreign reserves.

“It was expected any time after the IMF deal, and happened today,” Saad Hashemy, chief economist at the Topline Securities, said of the drop. “The rupee was four to six percent overvalued against dollar, so it was an expected adjustment,” added Zeeshan Afzal, of Insight Securities.

The IMF, he said, wants “minimal interference” from the state bank to support the rupee as inflation rises.

On Friday morning, the rupee slipped even further, according to currency dealers, selling at Rs. 149.50 in the interbank market and Rs. 150 in the open market.

Discontent is already growing over measures the government has taken in the last year to fend off the crisis, including devaluing the rupee by some 30 percent since January 2018, sending inflation to five-year highs.

Analysts had warned that any fresh IMF deal would likely come with myriad restrictions that could hobble Prime Minister Imran Khan’s grand promise to build an Islamic welfare state, as the country is forced to tighten its purse strings.