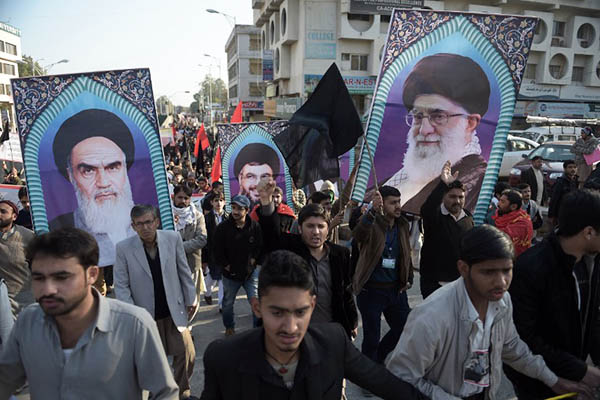 Hundreds of people joined a Shia-led protest in Islamabad on Friday against Pakistan’s decision to join Saudi Arabia’s 34-country coalition against extremism, as Riyadh’s foreign minister ended a two-day visit to the country.

The protesters presented a memorandum to a Foreign Office spokesman demanding Pakistan drop out of the alliance, which was announced in December and is seen as the latest sign of a more assertive foreign policy by the kingdom, the dominant Sunni Muslim power in the Middle East.

“Neither the Pakistan Army nor the nation is for rent, we will oppose any attempts to sell the Army to the house of Saud for a few billion riyals,” said Shia activist Gul-e-Zahra, addressing Friday’s rally.

Saudi Arabia announced the coalition last month, naming Pakistan as a member, but Islamabad had initially reacted cautiously saying it needed further details before deciding the extent of its participation.

In a separate rally in the capital, an estimated 1,500 people chanted slogans against Saudi’s execution of Shia cleric Sheikh Nimr al-Nimr on Jan. 2, which sparked a deepening crisis between Riyadh and regional rival Iran.

Pakistan is a majority Sunni country but 20 percent of the population are Shia, who are often the target of sectarian violence.

Small scale rallies against the Saudi coalition were also organized in Lahore, while rival Sunni-led protests were held in Islamabad against Shia-majority Iran, with demonstrators accusing Tehran of “meddling” in Saudi Arabia’s internal affairs.

The protesters chanted slogans vowing to “lay down their lives for the protection of the custodians of the holy cities,” a term used for the ruling Saudi family.