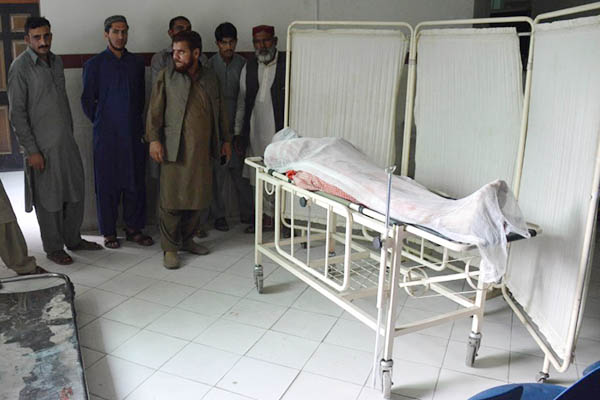 Pakistan’s military on Sunday accused India of hitting a military vehicle and killing four soldiers in cross-border firing in the disputed Kashmir region.

The latest incident between the neighbors took place in Athmaqam in Pakistan-administered Kashmir’s scenic Neelum Valley, where military officials said they responded to the Indian “ceasefire violation.”

“The vehicle fell into the Neelum River. Four soldiers drowned. Body of one shaheed [martyr] recovered, search for remaining three in progress,” the military said in a short statement.

Prime Minister Nawaz Sharif condemned the firing and “praised the prompt response by Pakistan Army in thwarting the attack,” a statement by his office said.

There was no immediate reaction from New Delhi.

Kashmir has been divided between India and Pakistan since the end of British colonial rule in 1947. Both claim the Himalayan territory in full and have fought two wars over the mountainous region. The hostile neighbors regularly exchange mortar fire across the Line of Control, the de facto Kashmir border, despite signing a ceasefire in 2003.

At least nine people were killed and seven others wounded last November when cross-border fire hit a passenger bus in the village of Nagdar, in same valley in Pakistan-administered Kashmir.

Tensions reached dangerous levels again last September, with both sides blaming one another for cross-border raids. There have since been repeated outbreaks of firing across the frontier, with both sides reporting deaths and injuries including of civilians.