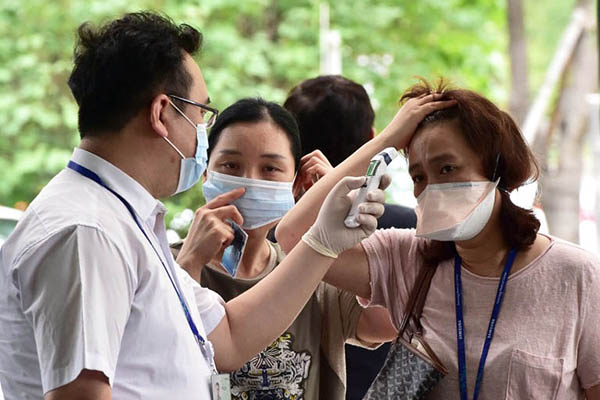 Special Assistant to the P.M. on Health reiterates no cases of the novel coronavirus have been reported within Pakistan

The four Pakistani students who had been infected with the novel coronavirus in China’s Wuhan city have all fully recovered and have been discharged from hospital, Special Assistant to the Prime Minister on Health Dr. Zafar Mirza said on Wednesday.

In a statement, Mirza said Islamabad had taken steps to ensure the disease would not spread within Pakistan. He said medical experts had been deployed at all major airports to observe passengers arriving from China, adding no case had been found thus far.

Meanwhile, Prime Minister Imran Khan said that Pakistan stands with the people and government of China during this “difficult and trying” time. In a posting on Twitter, Khan said Islamabad would extend every possible material and moral support to China during this time. China has always stood by Pakistan during its times of tribulations, he added.

The prime minister also issued instructions to the Foreign Office and the Overseas Ministry to do everything possible for students who were still stranded in China.

According to a press release issued by the Overseas Ministry, Special Assistant to the P.M. on Overseas Pakistanis Zulfikar Bukhari noted on Wednesday that the government was setting up a quarantine center at the Islamabad International Airport to effectively screen people coming from abroad. “The facility may handle some 300 people at a time,” Bukhari told French Ambassador to Pakistan Marc Barety during a meeting at the Overseas Ministry.

Both sides exchanged information on the measures being taken by the Pakistani and French governments to check the spread of the novel coronavirus.

On Wednesday, the death toll from the novel coronavirus outbreak hit 1,355 globally. In China, meanwhile, the number of infected is reportedly nearly 60,000. At least 25 countries have confirmed cases of the virus, and several countries have now evacuated their citizens from Hubei province where the outbreak started.