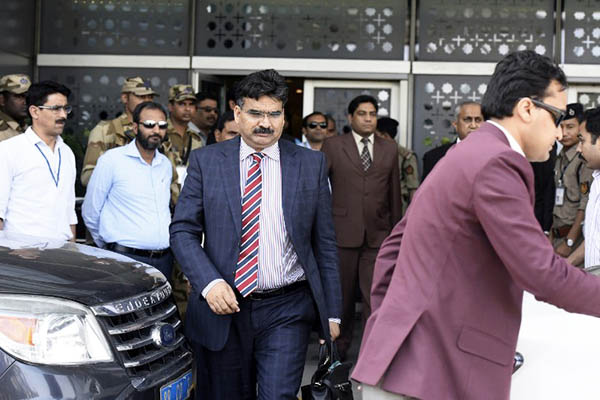 Investigators will be allowed to visit attack site and interview eyewitnesses.

A Pakistani team reached New Delhi on Sunday to help investigate an attack on an Indian air force base that killed seven soldiers in January, a foreign ministry official said.

India has blamed Islamist militants from the Pakistan-based Jaish-e-Mohammed for the assault on the Pathankot air base in Punjab state, which led to two days of gun battles. Defense Minister Manohar Parrikar told parliament earlier this month it could not have been carried out “without the [Pakistan] state’s support.”

It will be the first time Pakistan has taken part in a probe of this kind with rival India, an Indian foreign ministry source has said.

The foreign ministry official told AFP the five-member team had arrived from Pakistan and would start work on Monday. The Hindu newspaper said they had been given 15-day visas.

Other local media reports said the team would be escorted by Indian investigators to the attack site and allowed to interview eyewitnesses.

The rare targeting of an Indian military installation outside the disputed region of Kashmir came days after Prime Minister Narendra Modi’s surprise visit to Pakistan in December as a gesture of friendship. The assault led to the postponement of planned peace talks. Modi urged his Pakistani counterpart Nawaz Sharif to take “firm and immediate action” over the raid.