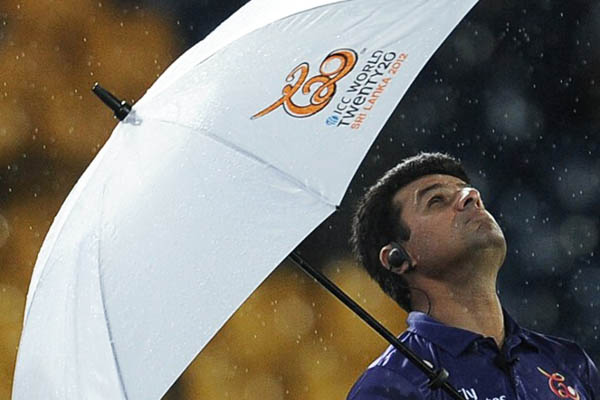 The International Cricket Council (ICC) announced on Monday that it has withdrawn Pakistani umpire Aleem Dar from the one-day games in India following extremists’ attacks to disrupt talks between officials of the two countries.

Officials from Pakistan and India were due to talk on a proposed series between the rivals in December-January in the United Arab Emirates, when activists stormed into Indian cricket’s Mumbai office. They shouted anti-Pakistan slogans and asked the Indian officials not to resume cricketing ties stalled in 2008 following attacks on Mumbai, which New Delhi blamed on militants based across the border.

Pakistani umpire Dar was officiating the one-day series between India and South Africa. “The ICC announced that it has withdrawn Dar from the remaining matches in the ongoing India versus South Africa series,” an ICC release said.

Dar, a member of the Elite Panel of ICC Umpires, had officiated in the first three one-day internationals and was also scheduled to umpire in the fourth and fifth ODIs in Chennai and Mumbai on Oct. 22 and 25, respectively.

“The ICC has made the decision following Monday’s incident in Mumbai where a group of extremists stormed the Board of Control for Cricket in India offices, and threatened to prevent the umpire from standing in the fifth ODI on Sunday. Under the present circumstances, it will be unreasonable to expect from Dar that he will be able to perform his duties to the best of his abilities. As such, he has been withdraw and his replacement will be announced in due course,” an ICC spokesman said.

Relations between Pakistan and India have strained since the start of the year, with regular ceasefire violations on the Line of Control in the disputed Kashmir valley. That led to the cancellation of talks between the security advisers of both countries in August.

Pakistan and India have not played a bilateral Test series since 2007. Pakistan did tour India for a short limited over series in 2012 but that failed to pave the way for the resumption of full Tests.