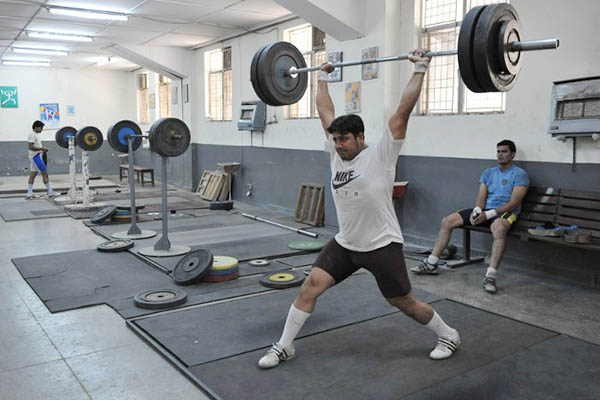 Pakistan is confident that its weightlifters can bag medals at next month’s Islamic Solidarity Games in Baku. Vice-president of the Pakistan Weightlifting Federation Rashed Malik said that confidence in the team had surged on the back of strong performances at the current Asian Seniors Championships in Ashgabat, Turkmenistan.

Malik was especially pleased with the performance of Abdul Ghaffar, who in addition to finishing fifth in the 52kg event and qualifying for next year’s Commonwealth Games, also managed to improve on his national record by lifting 100kg in snatch and 130kg in the clean and jerk events. “The results have been satisfactory, especially from Ghaffar,” Malik told The Express Tribune newspaper. “Asian championships are tough because six out of eight [men’s] world record holders are from Asia. So to compete against them and do good is a great achievement.”

The two other weightlifters at the Asian Seniors Championship are Muhammad Shahzad, who finished 10th in the 62kg event, and Haider Ali, who will compete in the 77kg event. “We are confident of performing well at the Islamic Solidarity Games and have a lot of expectations from [Nooh Dastagir] Butt, who will be one of the top contenders in the +105kg event,” said Malik.

Weightlifting is one of 20 sports included in the program for the Solidarity Games, which take place in Baku from May 12-22 with men and women competing for 16 gold medals over five days.