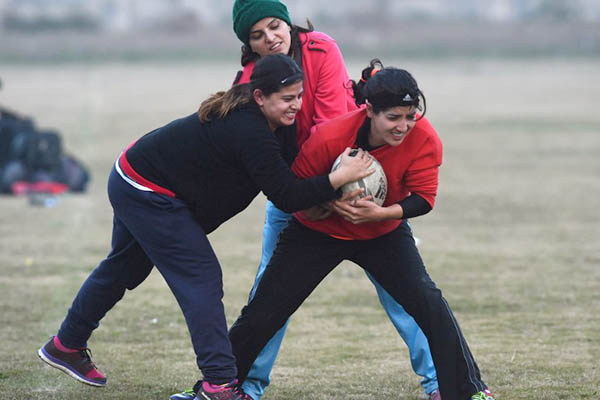 Coach appeals to government to allocate more funds for sport.

Pakistan’s women’s rugby team will make their international debut at the Asian Women’s Rugby Sevens in Laos this weekend, determined to succeed despite a lack of funding.

Coach Shakil Ahmad said he was confident the young team, formed last year, would play among the top four at the tournament. But he called on the Pakistani government to allocate more funds for rugby to enable “us to facilitate all players, including girls,” saying the team relies on handouts from the World Rugby Association.

Resources are often thin for sports other than cricket in Pakistan, especially when it comes to female athletes. His players were optimistic, however.

“Our team is a good team and has the capacity to win the tournament,” said Hadeel Niazi at a training camp in Lahore. Fellow player Mariam Butt said she had struggled to make practice through injury, while at the same time working as a teacher and caring for her elderly mother. “Rugby is the toughest sport,” she said.

Pakistan are set to meet South Korea, Laos and Nepal in the first stages on Friday, Shah said.