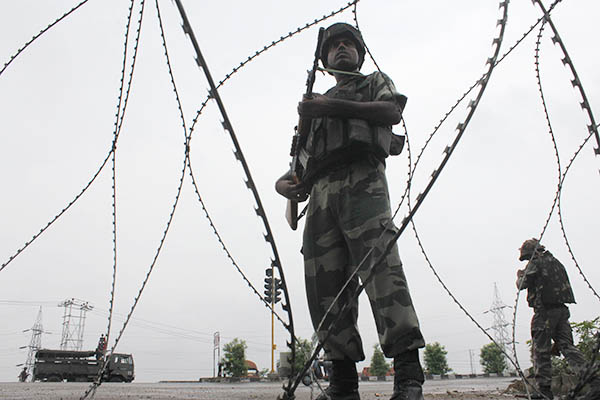 Pakistani authorities on Sunday accused the Indian army of killing two women and wounding seven other civilians in shelling across the Line of Control (LoC), which marks the de facto border in the disputed Himalayan region.

So far six Pakistanis are reported to have been killed in firing across the heavily militarized border since five Indian soldiers were ambushed and killed on Aug. 5 in Kashmir. Delhi blamed the Aug. 5 killings on the Pakistan Army, but Islamabad denied any responsibility and has called for restraint.

The summer holidays for schools along the LoC have also been extended until Aug. 31 for safety reasons, officials said.

Most of the displaced, from Datoot village, have been given shelter at camps set up in colleges in the town of Nakyal, Budhanwi said. About 10 families have moved in with relatives and more people are expected to flee in the next few days if the Indian firing continues, he added.

“We are requesting villagers to remain inside their houses as Indian troops are targeting the civilian population with small arms and heavy weapons,” he said. Many villagers have dug trenches outside their houses for when the shelling starts, he added.

Four civilians were wounded by Indian fire on Monday, according to local government official Masood-ur-Rehman. He also confirmed that families had started to flee.

The clashes threaten to jeopardize a planned meeting between the two countries’ prime ministers on the sidelines of the U.N. General Assembly in New York next month. A deadly flare-up along the LoC in January halted peace talks that had only just resumed following a three-year hiatus sparked by the 2008 attacks in Mumbai that killed 166 people. India blamed Pakistani militants for the attack.

Tensions between Pakistan and India will come to an end the day they realize that they are not only neighboring countries but have to be neighborly as well. By fighting, they are further pushing their already backward population to further poverty, which can be termed anything but human. The sooner they start cooperation with each other the better. Will it happen? Of course, if both sides are responsible enough in their approach to each other.