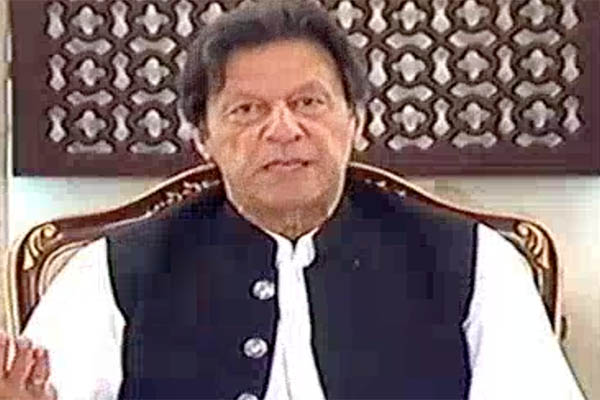 Prime Minister Imran Khan on Wednesday lamented that Pakistanis had accepted corruption as part of the system of governance, adding that the problem was deep-rooted and difficult to eradicate.

Addressing an inauguration ceremony of the National Highway Authority’s e-bidding, e-billing, and GIS mapping initiative in Islamabad, he said that if the head of a state is corrupt, then the problem trickles down to all levels. “Look at the lifestyles of the prime ministers and presidents of western countries and look at the lifestyle of the former ruler of an indebted country like Pakistan,” he said, and reiterated his claims of former rulers spending lavishly on foreign tours despite the economic concerns back home.

“Failure to acknowledge corruption is worse than being corrupt,” he said. He claimed that the main barrier to progress was people’s unwillingness to alter the status quo and actions of various “mafias.” Launching into a history lesson, he claimed Islam had spread widely due to the honest character of Muslim merchants. Pakistan, in the past, enjoyed similar respect, he claimed.

“Our decline started when we turned away from the truth and bribery became common and the leaders of political parties indulged in corruption,” he alleged, adding that the NHA’s decision to digitize its administrative affairs would help reduce bribes in infrastructure development.

Noting that a majority of the world had already adopted paperless systems over the past 20 years, he said this had greatly reduced corruption and malpractice. The government would digitize more departments to reduce corruption, he claimed, and vowed that a “big change” would happen after the Federal Bureau of Revenue’s operations were fully digitized. “This will improve tax collection,” he said, adding that the process should be completed within six months.

Referring to the Broadsheet scandal, the prime minister—without naming anyone—said a Pakistani politician had transferred $1 billion from Saudi Arabia to Britain. “Only a self-reliant and honest nation deserves respect,” he said, and urged the nation to change its mindset to end corruption.

He said the administrative affairs of Shaukat Khanum Cancer Hospital were completely digitized, which had “eradicated corruption and favoritism.”