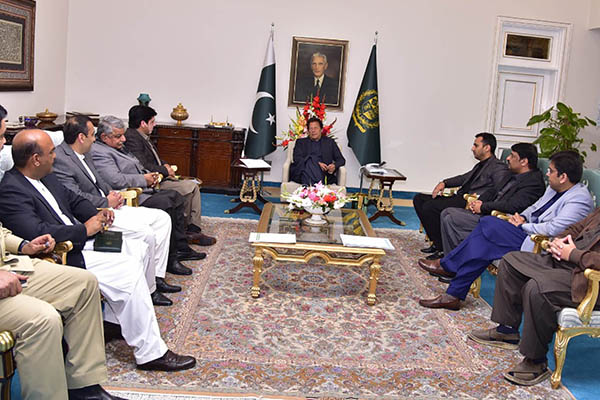 The Pakistan Tehreek-e-Insaf-led government has come up against a “mafia,” that is obstructing its development efforts and preventing it from performing for the benefit of the people, Prime Minister Imran Khan said on Wednesday.

Talking to PTI lawmakers from Gujranwala in Islamabad, Khan claimed the people of Pakistan had become frustrated with corruption and mafias. “They now consider PTI as their savior,” he said, adding that his party had come into power during a difficult time and was having to deal with vested elements and inflation to ensure delivery to the masses.

In the past month, “mafia” has become the go-to bête noire of the prime minister, replacing his previous frequent foe—“previous governments”—in public speeches and meetings with parliamentarians. Khan has repeatedly claimed that his government is being prevented from working by these “mafias” and he is aware of who they are but seems to be powerless to take any action against them.

During the meeting Khan and the lawmakers discussed the overall situation in the country, as well as the problems being encountered by the people and the development requirements of the Gujranwala constituency. “Despite the difficult situation, the government is trying its level best to provide relief to the people,” he said, adding that the government’s efforts would soon pay off and the people would be granted relief from the inflation arising from the policies of the incumbent government.

The visiting delegation, meanwhile, informed the prime minister about the problems facing their constituents and the development funds required to overcome them. They expressed their “full confidence” in the steps being taken by the government to curb inflation.

The prime minister assured the lawmakers that their suggestions about development requirements of the areas would be considered.