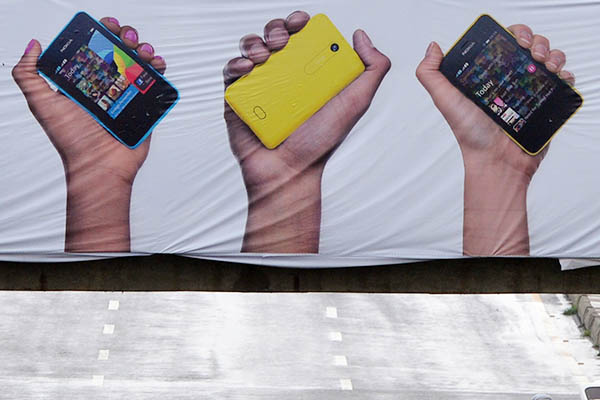 The new government has included 3G license sale proceeds in its budget, but process continues to be delayed.

Pakistan’s cash-strapped government has promised to sell 3G mobile telephone licenses to raise revenue, match regional rivals and drive prosperity, but the process has been beset by delays.

Even Afghanistan, Pakistan’s far less developed western neighbor with a weaker economy and more fragile state, has the technology.

Two months after the new government took office, there is little sign that the process will start soon.

Pakistan’s state minister for information technology Anusha Rehman says that the auction alone could take six to eight months. “The base price for 3G licenses is not set yet. Only once it is done will I be able to give a figure on how much revenue will be generated by the licenses sale,” she said.

But first the Pakistan Telecommunication Authority (PTA) needs to be constituted and Rehman conceded there could be substantial delays.

“I am not sure how long it is going to take because the appointment of members have to be made by the cabinet,” she said. A senior civil servant initially said that key appointments to the PTA might be finalized in July but there has been no development yet.

Prime Minister Nawaz Sharif, elected for a historic third term in May, faces the daunting challenge of bringing down an 8.8 percent budget deficit, yet his first budget was conservative.

He offered no major tax reforms and within weeks, his government was forced to seek a $5.3 billion loan from the International Monetary Fund: enough only to keep on top of old loan repayments.

Finance Minister Ishaq Dar sought to fend off some criticism about the lack of tax reform by saying that a 3G auction would fetch a “considerable amount of foreign exchange.”

Cheap mobile phone telephony took Pakistan by storm in the early 2000s and according to the PTA there are more than 122 million mobile phone subscribers—or 68.6 percent of the population.

PTA officials estimate that a 3G auction could raise $1 billion in annual license fees, which could be ploughed back into reducing the crippling $5 billion circular debt in the energy sector.

But delays are not the only problem.

“The previous government could not auction 3G licenses because it wanted to bypass the standard tendering practices,” the official said on condition of anonymity. “There was infighting within the PTA over the auctioning of licenses as the previous government wanted to bypass standard procedures and there was resistance by the members which delayed the process,” the official said.

Raza Rabbani, a leading senator from the opposition Pakistan Peoples Party, has criticized the inclusion of 3G license sale proceeds in the first budget of the Sharif government. “These are illusionary figures. There is nothing concrete,” he said.

Of the five mobile phone companies in Pakistan, only Oslo-based Telenor has so far expressed public interest in acquiring a 3G license, saying it could be operationally ready at the end of 2013.

“Telenor Pakistan is presently going through a massive network modernization exercise which is expected to finish by the end of this year and is essential in making our state-of-the-art network 3G, 4G and LTE enabled,” according to a company official. He said the technology would drive prosperity and that increasing Internet penetration by just 10 percent would raise GDP by 1.5-1.6 percent.

“It is a paradigm shift from voice to data that will open many doors for GSM operators in the country to serve their customers through innovative avenues,” the official said.

“The process should be transparent so that Pakistan gets a better price for its asset and ensure that there is no corruption,” he said. “So far there is no transparency in the process, nobody knows how many licenses are going to be auctioned and to whom.” he added. Ahmad said that 4G technology will speed up telecommunication in Pakistan and create new jobs in online media content creation.

Consumers seem unfazed, saying they already have to pay more than 40 percent taxes and service charges on recharges and calls. “The amount of taxes on mobile phone calls is insane. I recharge a 100-rupee card and get only 60 rupees credit. The rest all goes into taxes, duties and service charges,” said construction worker Mohammad Afzal.