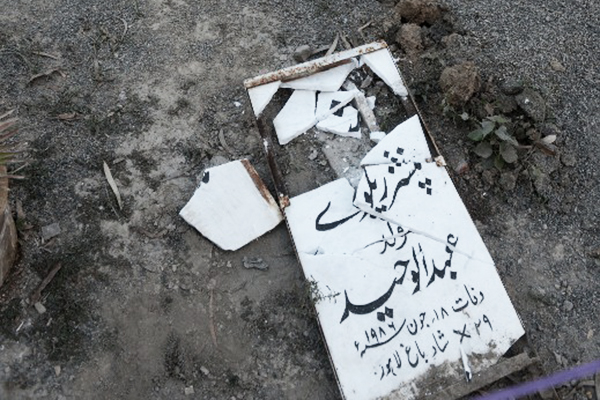 Ahmadis have boycotted elections since 1985.

The Ahmadi community will not participate in Pakistan’s upcoming elections as a mark of protest against their poor treatment by the state.

At some 200,000-strong, Ahmadis are a sliver of the 86.1 million people registered to vote nationwide on May 11 for the national and provincial assemblies. The beleaguered community, which is attacked religiously for its faith, has boycotted elections since 1985.

“We have been boycotting the election process since 1985 when Ahmadi voters were put in the list of religious minorities,” said Saleemuddin, a spokesman for Jamaat-e-Ahmadiyya. He said the community wanted its voters to be included in the joint electorate system. “We will stay away from the elections and boycott them like in the past to register our protest.”

Ahmadis were declared non-Muslim by the Pakistani government in 1974 and now suffer discrimination and violent attacks. It is against the law for Ahmadis to call themselves Muslims, their “places of worship” cannot be called mosques, but they still see themselves as Muslims and object to being treated as a religious minority at election time.

Election registration forms require voters to give their religion and address. Ahmadis refuse to complete them for fear of being attacked.

Their graveyards are often targeted. On Dec. 3, gunmen desecrated the graves of Ahmadis in Lahore. On May 28, 2010, two Ahmadi “places of worship” were brutally attacked resulting in at least 80 dead. The injured were then targeted at hospital. Pakistan’s only Nobel laureate, the late Dr. Abdus Salam, was an Ahmadi, disowned by his countrymen because of his faith.

Perfidy of the Son-in-Law

Reason why Ahmadis refuse to vote is not because we fear to be attacked, it is because we have to denounce our faith and leader in order to be able to sign the state concocted definition of a Muslim.

Ahmidis are not muslims and there is no matter what ever they do either they take part in election or not. But they are excluded from islam and muslims.

may i know why

Bushra Can u answer my few question please,being calm
Can you please explain on what basis you have declared them non-Muslims,if you are Muslim does your religion gives you permission to exclude someone who is committing her/himself that s/he is Muslim (if you think yes then please give me the evidence from QURAN in which you are given this right).Secondly If you are excluding them from Muslim Circle does this give Muslims right to kill them,destroy their Worhsip places,destroy their graveyards,why Ahmadis cant be faced by Muslims,Why Ahmadis and majority of Muslims declare that even in 1974 when there was cross questioning none of the Muslim scholar couldnt won from Ahmadis why the best scholars failed to answer ahmadi questions and why the assembly video was been made a secret with state if Ahmadis had really lost that war then the Governemt of pakistan should have made the video available to every pakistani so it can be symbol of defeat of Qadianis and they got exposed to the world

Elections are not the matter of religion though it was been made to get support and win the presidency house,Who declared them non-Muslims was one who was been pictured naked after the death only to check wether he was really a muslim or not,so this means that world was not even sure about the faith of the person who decided this,Last question does it make sense to follow his decision being not biased or ignoring the unlined assumptions

Our beloved country is been through serious problems and fighting for his survival so does it make more sense that we should sit with different religions representatives and decide the best outcome or we should be fighting more with each other.

my personal opinion doesnt supports the division of Pakistan on Religious ground we should learn from past and should stand unite as its a need for our beloved country survival,I always heard history repeats itself but here i dont see history repeating at this specific point because why muslims didint divide or declared ahmadis as non Muslims at the of war of independence so doing this with them means that muslims used to get the independence and when they got they just dont want ahmadis with in their country that why they started killing them,

I dont support ahmadis though i support humanity,which is duty of every muslim
Think big,Think wise

i agree with shah