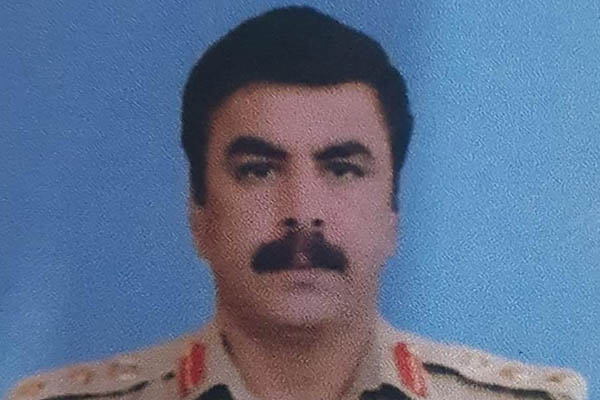 Col. Mujeebur Rehman was martyred in the operation. Courtesy ISPR

Pakistan’s armed forces on Monday gunned down two “high-value” terrorists during an intelligence-based operation in Tank, Dera Ismail Khan, foiling a major terrorism attempt, according to a press release issued by the Inter-Services Public Relations Directorate.

According to the statement, a large cache of arms and ammunition was recovered from the terrorists’ hideout during the sanitization operation.

In a statement, the prime minister said all of Pakistan acknowledged the sacrifices of the armed forces and security institutions. He said the unprecedented sacrifices of the country’s security forces had resulted in the eradication of terrorism from the state and allowed for peace to flourish.

Special Assistant to the P.M. on Information Firdous Ashiq Awan also hailed the intelligence operation in a posting on Twitter. She said the successful foiling of a terror attempt was a manifestation of the professionalism of Pakistan’s armed forces.

Awan also paid rich tribute to the martyred Col. Mujeebur Rehman, who sacrificed his life today for a peaceful tomorrow of the nation. The nation is proud of its martyrs and pays tributes to them, she added.

Colonel Mujeebur Rehman Shaheed hailed from Bunji, district Astore. He is survived by his wife, three sons and a daughter.