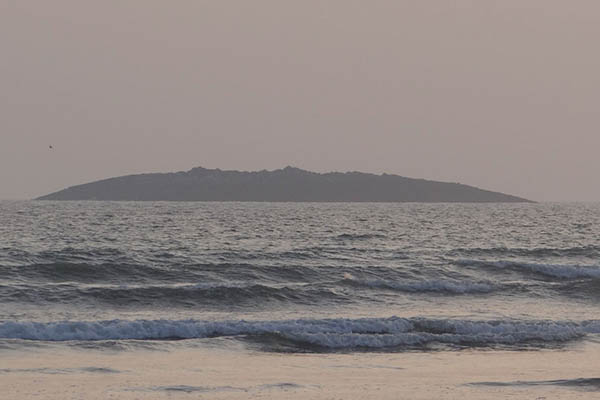 A 7.7-magnitude earthquake hit country with enough force to create a new island close to the coast of Gwadar.

Pakistan’s military rushed on Wednesday to reach the scene of a huge earthquake that killed at least 208 people and toppled many mud-built homes when it hit the country’s south with enough force to create a new island off the coast.

The 7.7-magnitude quake struck on Tuesday afternoon in Balochistan province’s Awaran district. “The number of dead from the earthquake has reached 208 now. The injured are over 382,” said Asad Gilani, one of the province’s most senior administration officials. “The rescue teams are working to recover dead bodies and injured, but our priority is to shift injured to hospitals as soon as possible,” he said.

Provincial government spokesman Jan Muhammad Buledi confirmed the new death toll and said: “We are seriously lacking medical facilities and there is no space to treat injured people in the local hospitals. We are trying to shift seriously injured people to Karachi through helicopters and others to the neighboring districts.”

The scale of the territory involved is daunting. Awaran district has an estimated population of around 300,000, scattered over an area of more than 21,000 square kilometers. More than 60,000 people live within 50 kilometers of the epicenter, according to the U.N. disaster agency, mostly in easily collapsed mud homes.

“We have been busy in rescue efforts for the whole night and fear we will recover more dead bodies from under the rubble during the daylight,” said a senior official in Awaran, Abdul Rasheed Baloch. “Around 90 percent of houses in the district have been destroyed. Almost all the mud houses have collapsed.”

Some of the dead have already been laid to rest in their villages, he added.

The Army sent medical teams and helicopters to help with the relief effort, along with 300 soldiers—a number the military said would rise to more than 1,000 later on Wednesday.

Tremors were felt on Tuesday as far away as New Delhi and even Dubai in the Gulf, while people in the Indian city of Ahmedabad near the border with Pakistan ran into the streets in panic. Office workers in Pakistan’s largest city Karachi rushed out of their buildings.

The earthquake was so strong that it caused a new island to appear after Tuesday’s quake close to the Pakistani coastline of Gwadar, officials said.

“The island, which is up to 100 feet high and 200 feet wide, surfaced after the earthquake hit parts of Balochistan,” said senior local administration official Tufail Baloch. He said a similar island had appeared at the same place in the sea about 60 years ago but disappeared after some time.

The U.S. Geological Survey issued a red alert on Tuesday, warning that heavy casualties were likely based on past data, and the provincial government declared an emergency in Awaran.

Television footage showed collapsed houses, caved-in roofs and people sitting in the open air outside their homes, the rubble of mud and bricks scattered around them.

In April a 7.8-magnitude quake in southeast Iran, close to the border with Balochistan, killed 41 people and affected more than 12,000 on the Pakistan side of the border. Iran’s Red Crescent reported no damage from the latest quake over the border from Pakistan.

Balochistan, Pakistan’s largest but least populous province, is believed to have substantial gas and oil reserves, but it is violent and unstable. It is a flashpoint for growing violence against minority Shia Muslims and has suffered attacks blamed on Taliban militants. It also suffers from an ongoing separatist insurgency, which began in 2004 when Baloch rebels rose up to demand a greater share of profits from the province’s mineral resources.