Pakistan’s Blind Cricketers Pull Out of Asia Cup in India 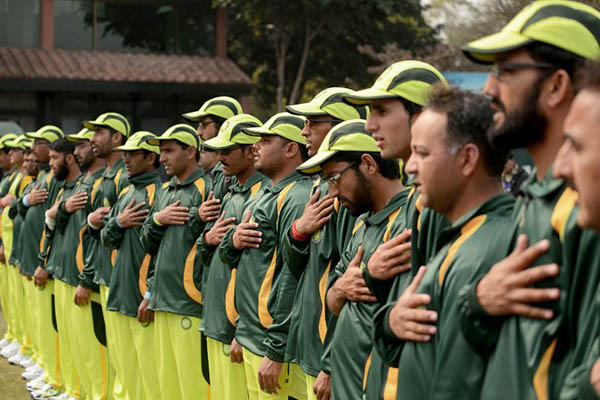 Citing security concerns over actions of Shiv Sena, statement says it will not send team to Kochi next year.

Pakistan’s blind cricketers pulled out of next year’s Asia Cup in India, citing security concerns on Wednesday following a protest against the Pakistan Cricket Board (PCB) in Mumbai.

PCB officials were due to meet their Indian counterparts on Monday to discuss a bilateral series in December and January, but their talks were sabotaged by hardline Hindu activists. The Shiv Sena demonstrators stormed the Mumbai office in protest at the dialogue and demanded there be no sporting contact between India and Pakistan.

The International Cricket Council (ICC) also had to withdraw Pakistani umpire Aleem Dar from the ongoing one-day series between India and South Africa as a precaution. And former stars Wasim Akram and Shoaib Akhtar, who were commentating on the series, were due to return home on Friday as a safety measure.

On Wednesday, the Pakistan Blind Cricket Council (PBCC) said under the circumstances it would not participate in the Asia Cup for the Blind, due to be held in Kochi from Jan. 17-24 next year. Shiv Sena’s behavior “compels us to consider the matter of Pakistan’s team security seriously,” the statement added.

The PBCC said it has informed the Cricket Association of the Blind in India of the decision.

India and Pakistan have frequently met to play a version of cricket adapted for the blind and partially sighted. India’s team visited Pakistan for a series last year, while Pakistan participated in the first-ever Blind World Twenty20 in India in 2012.