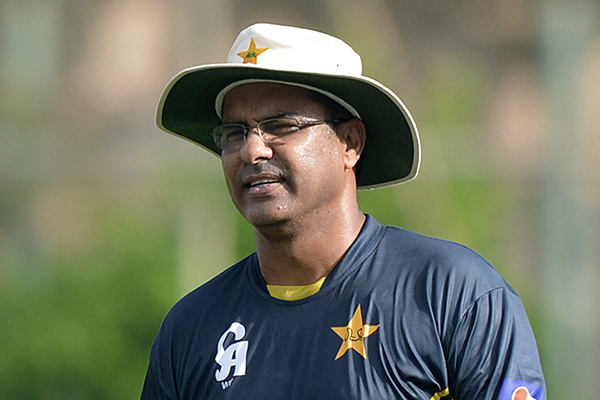 If any further proof were needed of the chaos prevailing in Pakistani cricket, the 27th change of coach since the country’s sole World Cup win in 1992 provides it.

Compared to Pakistan’s 27 changes since 1992, India has had 10 coaches, England nine and Australia just seven.

Critics regularly blast the constant changes within the Pakistan Cricket Board—with its recent revolving door for the post of chairman and regular allegations of nepotism in team selection—for holding the country back.

Younis’s first shot as coach came from March 2010 to August 2011, and was relatively successful—with Pakistan reaching a World Cup semifinal and beating Australia in a Test for the first time since 1995—but ended in an acrimonious disagreement over pay. He has now been handed a two-year contract, but his tenure will largely depend on how Pakistan fares in the 2015 World Cup.

But even a World Cup victory is no guarantee of keeping the job—as ex-coach Intikhab Alam, removed within a year of leading the team to their 1992 triumph, well knows. Alam has remained the most favored coach, with five stints at the helm. He was also once employed by India’s Punjab team—the only man from either country to coach in their archrival’s territory. Known for his unassuming style, he famously took the backseat during the 1992 triumph, allowing captain Imran Khan to run the show. He also has the unwelcome distinction of being sacked midway through a series, after Pakistan trailed 2-0 in a three-match series against Sri Lanka in 1995.

After Alam, Pakistan turned to former batting great Javed Miandad. A force to be reckoned with on the field, he was not as successful when it came to coaching and two of his three tenures ended abruptly—once after defeat against India in 2004.

That brought Pakistan their longest-serving coach, Englishman Bob Woolmer, whose nearly three-year stint ended with his sudden death during the 2007 World Cup in the Caribbean. He once said he had enjoyed the job despite the “unwanted luggage” that came with it, a reference to the off-field controversies that have dogged the team over the years.

Before Woolmer, Englishman Richard Pybus—Pakistan’s first foreign coach—had been sacked after only three months in the job following heavy defeat in Australia in 1999. Pybus’s second tenure wasn’t successful either—he was booted out after Pakistan failed to progress beyond the first round of the 2003 World Cup.

Geoff Lawson succeeded Woolmer, but the hardnosed Australian was sacked as soon as a new chairman was appointed in 2008 following the end of president Pervez Musharraf’s reign. “When the government changed everyone knew the [PCB] chairman would change and when that happens, a lot of things change,” Lawson said at the time. “So it was always a possibility rather than a probability. That is just how things work over here.”

Pakistan’s fourth foreign coach, Australian Dav Whatmore, also had an uneasy time during his two-year stint, which ended in February this year. Former players called for his sacking and branded his appointment a waste of money. But Whatmore, who famously guided Sri Lanka to World Cup victory in 1996, departed on a rare happy note with a Test victory, having also bagged an Asia Cup and an away ODI series win against India along the way. “I am sure that I will be back in a different capacity, sooner rather than later,” he said. “I will always look forward to coming back to Pakistan.”

For the first time, Pakistan now have a full-fledged coaching staff with Zimbabwean Grant Flower to help batting, leggie Mushtaq Ahmed to guide the spinners after a long stint with England, and South African Grant Luden in charge of fielding. The support staff should relieve some of the burden from Younis’s shoulders as he seeks a productive partnership with evergreen captain Misbah-ul-Haq, who has brought a degree of continuity to the team in recent times and at 40 is just two years younger than his coach.

Meanwhile, Pakistan’s Prime Minister Nawaz Sharif has appointed a retired Supreme Court justice, Sair Ali, to hold elections for the country’s cricket chief within a month, hoping to draw a line under a long-running crisis.

The post of PCB chairman has been held by rivals Zaka Ashraf and Najam Sethi five times each since May last year, leading to widespread ridicule at home and abroad. The Ministry of Inter-Provincial Coordination said Ali would oversee the process “as per requirements laid down in the new PCB constitution and will hold elections of PCB chairman within the next 30 days.”

Under the PCB’s recently-reformed constitution, the chairman will be elected for a three-year term but can be voted out by the 10-member board of governors. Former chairman and diplomat Shaharyar Khan, who held the post from 2003 to 2006, is seen as a frontrunner.

The leadership crisis had raised the prospect of Pakistan being suspended by the International Cricket Council. Two years ago, the ICC had warned its member countries to choose their heads in a democratic manner without any government influence but since then they backed down after protests from Pakistan, Bangladesh, and Sri Lanka.