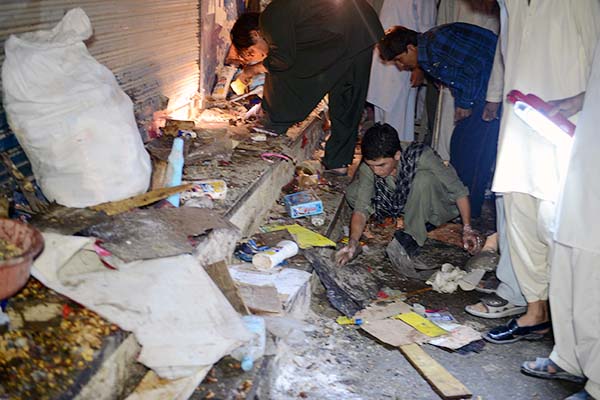 Bombings across the country killed 55 people and injured dozens more in the deadliest terror attacks since February.

A suicide bomber killed 30 people at a checkpoint near a Shia mosque in Quetta, and a car bombing killed 17 in the northwest—the combined toll marks June 30 as the deadliest day in Pakistan in over four months.

In Quetta, officials said a suicide bomber tried to access a Shia mosque in the congested Hazara Town, a mainly Shia community on the edge of the city, but was intercepted at a checkpoint. “Twenty-eight people have been killed and more than 51 others are injured,” said senior police official Mir Zubair. “Nine women, a minor girl, and four boys were also killed in the attack,” Zubair told reporters. The death toll was amended to 30 when two of the injured succumbed to their injuries.

Balochistan’s home secretary Akbar Hussain Durrani said the bomber blew himself up at a checkpoint set up by local neighborhood volunteers around 50 yards from the mosque. “The evening prayers had just ended in the mosque and most of the victims are Shia,” he said.

Lashkar-e-Jhangvi, which has staged attacks on Pakistan’s Shia community in the past, claimed responsibility for the attack in Quetta.

Quetta is one of the most volatile cities in Pakistan, gripped by Taliban violence, a separatist Baloch insurgency, and a growing number of attacks on the Shia. Hazara Town in particular has been a flashpoint for attacks on Shias and the minority Hazara ethnic group.

Earlier, while Cameron was holding talks with new Prime Minister Nawaz Sharif, a car bomb targeted a security force convoy on the outskirts of Peshawar.

Police said most of the victims were civilians because the bomb targeting the Frontier Corps convoy exploded in a bustling market area. Shops and cars were damaged in the attack. Pieces of human flesh, broken glass, lost shoes and vegetables from nearby carts were flung across the scene, and the seats of damaged cars were stained with blood.

A military official said that two F.C. soldiers were injured, but that “we don’t know about any other losses.”

Speaking in Islamabad, Cameron said the battle against terrorism needed “a tough and uncompromising security response” as well as investment in education and measures to ease poverty. Sharif said Pakistan was “resolved to tackle the menace of extremism and terrorism with renewed vigor and close cooperation with our friends.”

Sunday was the deadliest day in Pakistan since Feb. 16, when a giant tractor bomb killed 90 Shias from the ethnic Hazara minority in Quetta.

Time has come for the minority shias and pashtuns to ask for their own seperate homelands from pakistan or their pakistani genocide will continue on them..