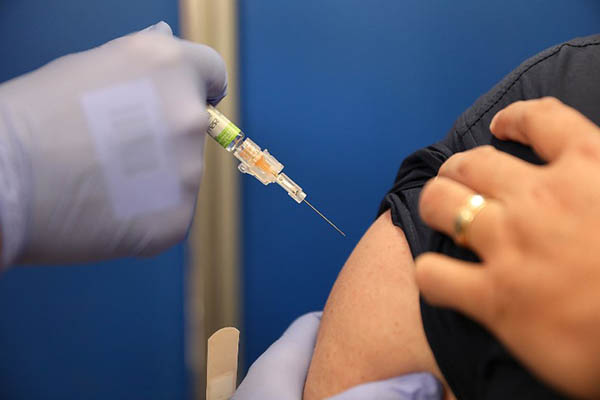 The Drug Regulatory Authority of Pakistan (DRAP) on Monday granted approval to the National Institute of Health (NIH) to participate in Phase III clinical trials of a coronavirus vaccine developed by a Chinese company.

According to a statement issued by the NIH, it has obtained “formal approval from DRAP for Phase III Clinical Trial of Recombinant Novel Coronavirus Vaccine Adenovirus Type 5 vector (Ad5-nCoV) developed by CanSinoBio and Beijing Institute of Biotechnology China.” It said CanSino, a Chinese bio-pharmaceutical company, had already started trials of the vaccine in various countries, including China, Russia, Chile and Argentina, adding that Saudi Arabia and Pakistan would both be joining the trials.

DRAP has recommended that the trials be held at Karachi’s Aga Khan University Hospital and Indus Hospital; Lahore’s Shaukat Khanum Memorial Cancer Hospital and Research Center and the University of Health Sciences; and Islamabad’s Shifa International Hospital. Per the NIH, the vaccine trials would be conducted in Pakistan under NIH Executive Director Maj. Gen. Aamer Ikram, while AJM Pharma’s Hasan Abbas Zaheer would be its national coordinator.

“A national Clinical Research Organization, Dimension Research CRO and SMO will monitor the progress of the clinical trial and also coordinate with the global CRO appointed by CanSinoBIO to ensure uniformity of the trial in all the participating countries and centers,” read the statement. “The National Bioethics Committee of the Pakistan Health Research Council has given the ethical approval for the study,” it said, adding that the trials had already been approved by the U.S. registry of worldwide clinical trials.

According to the NIH, the trials would be monitored by the global scientific community and could lead to public-private partnership that would help enhance “indigenous vaccine manufacturing capabilities of Pakistan to achieve self-reliance and sufficiency.”

Around 200 volunteers from Karachi, representing various ethnic groups, have already been registered for the clinical trial. It is expected to span 56 days and three injections of the inactivated virus would be administered to the volunteers during this time. The National Data Safety Monitoring Committee has been tasked with monitoring the safety of the patients and submitting reports every month. According to daily Dawn, each volunteer would be paid Rs. 50,000 for their participation.