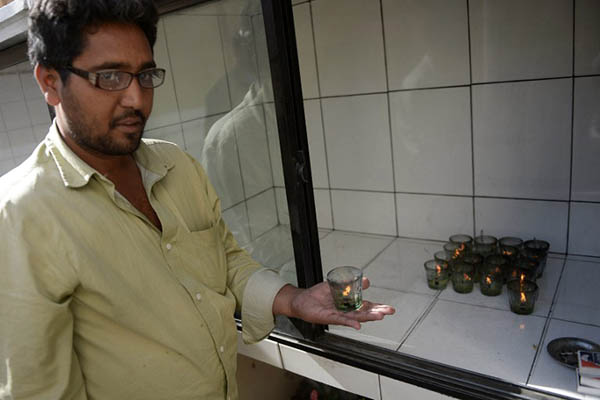 Once thriving in South Asia, the minority’s future appears to be focused on the West.

For more than 1,000 years, Parsis have thrived in South Asia but an ageing population and emigration to the West driven by instability in Pakistan means the tiny community of “fire worshippers” could soon be consigned to the country’s history books.

The ancestors of today’s Parsis in Pakistan—followers of Zoroastrianism, one of the world’s oldest religions—fled Persia over a millennium ago for the safety of the western Indian subcontinent. Legend has it Parsi leader Jadi Rana made a pledge to the then emperor of India that Zoroastrians, known in the region as Parsis, would not be a burden but would blend in like sugar into milk.

But today they are a fading people across the subcontinent, with many affluent families from India and Pakistan leaving for the West.

The community, which has long been active in business and charity, has been unnerved by the upsurge in Islamist extremist violence. One observer said the loss of the Parsis would be a “huge blow” to Pakistan’s diversity.

Only around 1,500 are left in Karachi, Pakistan’s largest city, where they have “fire temples,” community centers and final resting places in which the remains of their dead are left in the open to be consumed by vultures according to their tradition.

Parsis are often called “fire worshippers” because their religion considers fire, together with water, as agents of purity and fires are lit as part of religious ceremonies. They have long been discreet in observing their faith, but some, like 23-year-old art student Veera Rustomji, think they need to do more to preserve their heritage.

“It’s been successful [in] that we have been an unattacked and unharmed community because of our low profile,” she said at her studio at the Indus Valley College. “But at the same time it backfires because a lot of people focus on how the community is becoming small numerically.”

Rustomji has traced her family’s past in Hong Kong, where Parsis founded a university, a ferry service and hospitals. It is this link to business as well as charity that Byram Avari, the head of the Avari chain, one of Pakistan’s leading luxury hotel groups, said has allowed the community to build an enduring relationship with Karachi.

“Before partition the ladies maternity home called Lady Duferfin hospital was put up [by] the Parsis, the NED college, now medical college, the Spencer Eye hospital and I cannot tell you how many numerous things have been set up by the Parsis for people of Karachi,” he said. Parsis believe “in giving back what they had,” he added.

But today young Parsis are leaving in droves. The past decade has seen Islamist violence soar, with religious minorities often in the extremists’ crosshairs. While Parsis have not been specifically targeted, many feel vulnerable.

“There is a general instability in the country. Because of this we cannot see a future for our community here right now,” says Kaivan Solan, a 27-year-old training to become a priest. Izdeyar Setna, 37, a freelance photographer with a slew of international clients, added that Parsis were seeking new lives in countries with larger Parsi communities, such as Canada.

In Karachi’s Parsi neighborhood, the rotting stench of death emanates from the Tower of Silence, a large circular structure where the bones of the dead are kept in accordance with Zoroastrian practice. For many these traditions must go on, and the compound provides a sense of belonging.

It is home to dozens of Parsi families but many have now hired armed guards because of attempts to seize their land by a neighboring Muslim community.

“Losing a community like the Parsis is definitely a huge blow to a tolerant Pakistan, its cultural diversity and economic well-being as Parsis have contributed immensely to the progress of this country,” said Rabia Mehmood, a researcher on religious minorities at the Jinnah Institute think thank.

Not all the threats faced by Parsis are external. They are already facing a low birth rate and their marriage laws are extremely strict, forcing women to leave the community if they “marry out”—though men marrying non-Parsis is tolerated.

“I would love to [marry] if I find the right person, but it’s difficult because the numbers are so small,” Rustomji, the student, said.

Growing up in such a close-knit society, familiarity can breed contempt, she said. “I grew up in Karachi and all the Parsi boys I know since I was 10. It’s just science that I wouldn’t just fall in love with them when I turn 28,” she said. “When Parsi men marry out of the community, they are undeniably accepted more and unquestioned… I find that very hypocritical because Zoroastrianism is a religion that advocates equality for both sexes.”