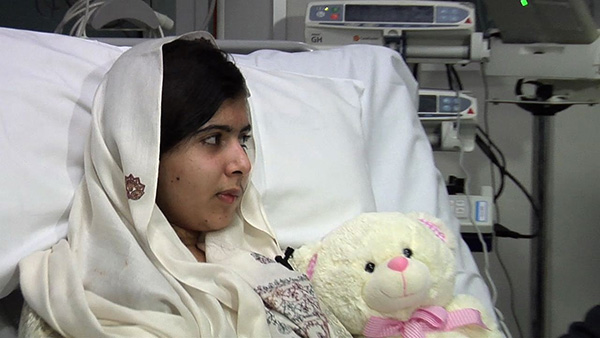 Proceeds from September’s charity match between Pakistan and the U.A.E. will support fund to help educate girls.

Pakistan and the United Arab Emirates are to play a charity football match to raise money for the girls’ education fund set up by teenage campaigner Malala Yousafzai, who was shot by the Taliban last year.

The 15-year-old from Swat came to international attention in October after she was shot by a gunman for campaigning for the right of girls to go to school. Malala, who has been nominated for the Nobel Peace prize, set up a fund in her own name to help educate girls and earlier this month announced a grant to send 40 girls to school in Swat, backed by U.S. actress Angelina Jolie.

Pakistan Football Federation’s marketing consultant Sardar Naveed Haider said the team was proud to support the fund. “The Pakistan national team will play the U.A.E. on the U.N.’s World Peace Day on Sept. 21 this year with the proceeds going to the Malala Foundation and we feel honored to be part of this noble cause,” said Haider.

The decision was announced at the 2013 Peace and Sport Dubai Forum last week, with a video message from Malala. “Thank you so much, for support of education and equality for girls, through the power of sport, on such a significant day,” Malala said in the message. “I look forward to visiting you in Dubai in the very near future and hope to attend the festivities with my family.”

Malala first rose to prominence aged 11 with a blog for the BBC’s Urdu service website charting her life under Taliban rule in Swat. Her attempted murder for advocating equal rights for women and promoting women’s education in Pakistan’s northwest sparked worldwide condemnation.

She had surgery in February to repair the hole in her skull left by the gunman’s bullet, and returned to school last month in Birmingham, the city in central England where she was treated and is currently residing with her family.