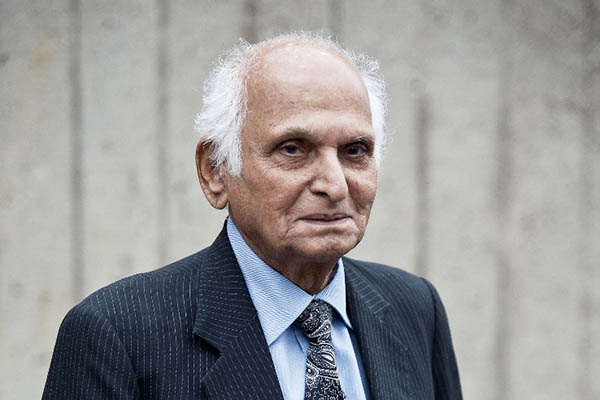 Intizar Husain was the first Pakistani shortlisted for the Man Booker International Prize in 2013.

Intizar Husain, widely recognized as one of the greatest Urdu writers in history, died on Tuesday aged 92 in Lahore, according to his doctor, following a period of illness.

The prolific author was known for his novels, short stories, columns and poetry and belatedly saw worldwide recognition when he was shortlisted for the Man Booker International Prize in 2013 and was awarded France’s “Ordre des Arts et des Lettres” a year later.

Born on Dec. 7, 1923 in Dibai, India, he migrated to the newly formed Pakistan in 1947—an experience he wrote about 50 years later in The First Morning. The short story captured the horror and optimism that accompanied the Partition of India where an estimated 14 million people were displaced, the largest mass migration in human history.

The history of Pakistan and the subcontinent was also the setting for his acclaimed novel Basti, published in 1979 and later translated into English.

He was also a regular literary columnist for English-language daily Dawn, and in later years became known as a voice of moderation and advocate of what he saw as the subcontinent’s ancient traditions of pluralism and tolerance.

Fellow Urdu writer Munnu Bhai told AFP: “Intizar Husain was a man of letters. His death has left a huge gap in the literary circle of the subcontinent that would be felt of the centuries to come.”

Husain’s wife, Aliya Begum, died in 2004 and the couple had no children.