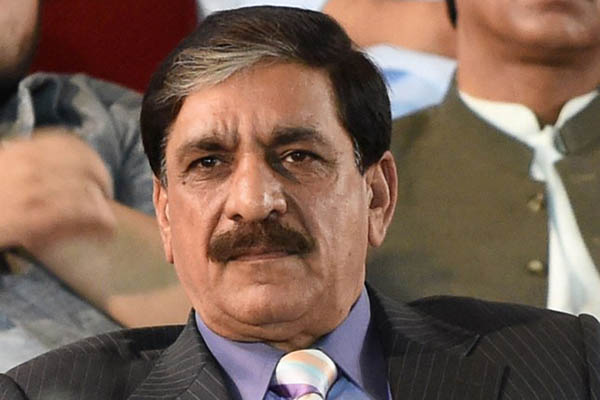 The Prime Minister’s Special Adviser on National Security, Nasser Khan Janjua, jumped the gun on Pak-U.S. relations while addressing a seminar at the Center for Global and Strategic Studies (CGSS), a think tank established by former Inter-Services Intelligence chief Zaheerul Islam. Janjua claimed at the gathering on Dec. 18 that America was speaking India’s language while blaming Pakistan for its own failure in Afghanistan; that it was giving a bigger role in Afghanistan to India—forgetting that India and Afghanistan are both full members of SAARC—despite New Delhi’s threats of conventional war against Islamabad.

Janjua declared that there was no Haqqani Network in Pakistan, going so far as to claim Pakistan suffered terrorism only after aligning with the U.S. in its war on terror. He also posited a regional crisis in the offing: “The U.S. wants imbalance in the region to ensure that China does not rise and that there is no resurgence of Russian powers in the region.” His assertion that “Pakistan has defeated the enemy’s dangerous goal by defeating terrorism” was mere braggadocio.

The retired general’s reckless exaggeration may have been in response to the Trump administration’s recent statement to the U.S. Congress that “America will take unilateral steps in areas of divergence with Pakistan while expanding cooperation between the two countries where their interests converge.” That report emphasized the need for a “fundamental change” in the way Pakistan deals with the alleged terrorist safe havens on its territory.

The adviser should have consulted China and given apace to diplomacy before accepting the American “challenge.” The world avoids speaking from a position of complete isolation. Countries may have differences but they trade normally, not like Pakistan, which shuns trade with India and lets crossborder trouble fester.

Last time reckless President Trump threatened Beijing, Chinese President Xi Jinping immediately called on him and disarmed him, while maintaining a robust two-way trade equation with India. Pakistan has had a troubled but important equation with the U.S. at all times: Clinton blew his fuse with the Pakistan Army after it attacked Kargil; Obama took the risk of alienating the armed forces by attacking Abbottabad without informing them. Internationally proclaimed Pakistani terrorists like Hafiz Saeed ruined whatever bilateral trust there was left between the two states.

It is obviously a profound exaggeration to claim that Pakistan has “defeated terrorism.” Quetta and Peshawar are still under siege and once-patronized killers go on picking off their victims with ease. Janjua’s statement was needlessly isolationist and alarmist, and took on outsized challenges while presuming that all is well with the internally troubled state of Pakistan.