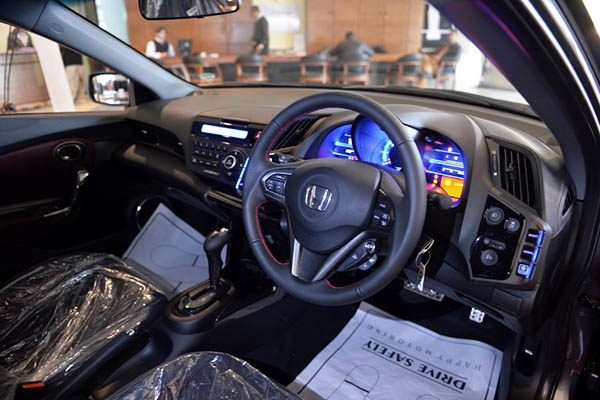 Pakistan last year announced measures to boost the hybrid car market, hoping they might help wean the country off its costly addiction to imported fuels, but seven months on the plan looks to have stalled.

Hybrid vehicles, which use a combination of an electric motor and regular fuel combustion, are touted in many countries as the environmentally friendly future of motoring. But in Pakistan, the government hoped they might also address a more immediate concern—crushing winter gas shortages. Compressed natural gas (CNG) is widely used as fuel by Pakistani motorists as a cheaper alternative to petrol, but demand far outstrips supply in winter. The result is gas shortages, which damage the economy by halting industrial work and prevent people from cooking or heating their homes.

Last June, a month after winning the general elections, the government of Prime Minister Nawaz Sharif said it would slash import duties on hybrids. “Use of imported POL (petroleum, oils and lubricants) products as a major source of energy has not only led to high import bill(s), but has also created a negative environmental impact,” Finance Minister Ishaq Dar said in his budget speech in June. “Therefore, use of alternate energy efficient Hybrid Electric Vehicles (HEVs) needs to be encouraged.”

Hybrids up to 1200cc were to be exempted from all duties and taxes, while models up to 1800cc would get 50 percent relief and up to 2500cc, 25 percent. But there has been little impact on sales, dealers say, and the queues at the CNG filling stations—on the rare days the authorities allow them to open—stretch for hundreds of meters.

For Mujtaba Abbas, the government incentives made little difference, as he bought a used Toyota Prius, but with fuel prices moving ever higher, he has been delighted with the car’s lower running costs. “When it comes to fuel-saving, the Prius is great as it runs up to 24 kilometers on one liter of petrol, while I was getting up to 11 kilometers from a 1.3 liter hatchback,” said the 24-year-old environmental engineer. But this efficiency comes at a cost, and observers such as Baber Kaleem Khan, editor of Pakistan’s largest auto-enthusiast website PakWheels.com, say forecourt prices are deterring potential buyers.

“The same cars can be bought for 2-3 million rupees from the used imported car dealers,” he said. “Hybrid cars in Pakistan were launched in a bid to win the fight against the energy crisis, more specifically to make people stop using CNG. Small, economical, and cheap cars were the right way ahead.”

At the Honda showroom in Islamabad, 41-year-old businessman Irum Shehzad was impressed with the CR-Z hybrid 1.5-liter model, but balked at the price tag. “It’s a beautiful car, loaded with options, but it is a bit over-priced,” he said after looking around the car. “I see a bright future for hybrid cars, but the prices should be reasonable because the more hybrid cars we have, the less we will have to spend on fuel imports.”

There is skepticism among dealers about hybrid potential in Pakistan, where easy, cheap maintenance is important to motorists. H. M. Shahzad, chairman of the All-Pakistan Motor Dealers Association, says hybrid cars are too complex for local mechanics to repair and the government should focus instead on small petrol cars to cut the CNG demand.

“Hybrid technology is the most expensive automobile technology and if something goes wrong there is nobody in Pakistan who can repair it,” said Shahzad. “The best solution for Pakistan is to promote 660cc cars as they give good mileage and can run more than 20 kilometers on one liter of petrol,” Shahzad said.

The 660cc car doesn’t give 20km perliter and if ac is on the mileage drops to 12 km per liter . So the government should give the relief to hybrid cars and by lesser the duty and and texes … Thanks