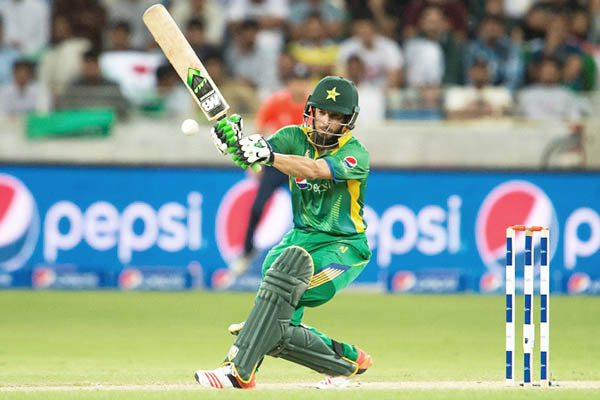 At 39, Raffatullah Mohmand says his patience was key to joining national cricket team.

It took 19 years for Raffatullah Mohmand to hit the big time with Pakistan, suffering so many setbacks that he once even considered quitting to play for neighboring Afghanistan. But patience has paid off for the Peshawar native who at the age of 39 became the oldest player from a Test match country to make his Twenty20 debut when he played against England in Dubai last Thursday.

“Indeed, it’s been a long, long wait, but I kept faith and my patience is an example for future generations,” Mohmand, who made his first-class debut in 1996, told AFP. “I am sure my selection will give courage to all those cricketers who, despite their talent and hard work, do not get a chance in the national team. They will be assured that their good performances will not go unnoticed.”

It was in 2005 that Mohmand had his first chance to stake a claim to a place in the national team. As one of the finest opening batsmen on the domestic circuit, Mohmand was asked to join a training camp and was tipped to get a call for the three-match Test series against touring England.

But the energetic Mohmand failed to impress then coach Bob Woolmer and captain Inzamam-ul-Haq who felt he needed more time in first-class cricket before promotion to the national team. “That disheartened me no end, but I kept working hard. I knew that one day I would wear the colors of Pakistan.”

But four more years passed before he sensed another opportunity. Along with Amir Sajjad, Mohmand set a new first-class world-record for a second wicket partnership, piling on 580 playing for Water and Power Development Authority. He smashed a career-best 302.

“I thought that would be enough for me to get a Pakistan call,” said Mohmand. “But when I was nowhere in the reckoning I was depressed and wanted to move to Afghanistan.”

Mohmand considered playing the World Cup qualifiers in 2009 by representing Afghanistan but even that did not work out as rules required him to have lived in the country for four years. “Kabir Khan [then Afghanistan coach] wanted me to play for Afghanistan and although I never lived there I was ready but that too was out of reach,” said Mohmand. “I thought where to go and at that time the security situation was also not good. I was close to leaving the game,” remembers Mohmand. “Where can a cricketer like me go when he doesn’t get a chance despite good performances?”

Finally, he made his mark in September this year when he starred in Peshawar’s National Twenty20 triumph. Although he managed 230 runs in seven games, it was his strike rate of 157.53 and his aggressive style, which caught the eyes of selectors who were looking for an opening batsman.

“Maybe that was my luck as the selectors may have thought that if I can do well for Peshawar I can also do well for Pakistan,” said Mohmand.

When he made his debut against England last week, he beat Indian great Rahul Dravid’s previous record of being the oldest man to make a Twenty20 debut from Test playing countries. Dravid played his first game for India in the format at 38 years and 232 days.

The oldest debutant in all Twenty20 cricket is United Arab Emirates’ Mohammad Tauqir who played his first match at 43 years and 124 days earlier this year. However, Raffatullah hasn’t had a good start at international level, with scores of 16 and 23 in two games against England, both of which Pakistan lost.

The third and final game is in Sharjah on Monday.