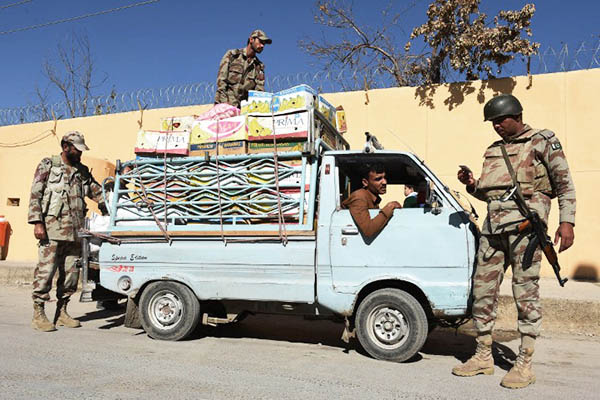 Critics say government is not doing enough to combat extremists in society.

A palpable sense of security is returning to Pakistan as a crackdown on militancy bears fruit, but critics warn the government has not taken long-term steps to tackle the underlying scourge of extremist Islam.

Peace in Pakistan and Afghanistan will be top of the agenda in Washington on Thursday when Prime Minister Nawaz Sharif meets U.S. President Barack Obama. At home, an Army offensive against extremists and a grand “National Action Plan” (NAP) to rein in militancy have seen a drop in attacks this year, while recent Supreme Court rulings on blasphemy have encouraged moderates that the establishment is willing to take a stand against religious intolerance.

Emboldened Pakistanis are once again attending public gatherings, culminating in this year’s Independence Day in August, which saw thousands attending celebrations in Karachi—where Taliban “no-go” areas have recently been liberated by police.

“It is extremely peaceful now,” Mohammad Ameen, a 30-year-old mechanic from Karachi told AFP. “Before, everyone was worried, fearful… but now things have changed.”

Things began in earnest in June of last year when the Army launched a long-awaited offensive against militants in North Waziristan. And in December Islamabad unleashed the NAP amid a wave of outrage after Taliban militants massacred 154 people at a Peshawar school, most of them children.

The total number of blasts so far this year has also dropped to 36 with 211 dead.

Gratitude toward the Army has even spawned a viral hashtag lauding the powerful military chief, #ThankYouRaheelSharif.

The crackdown has seemingly prompted several institutions to confront extremist elements openly—judicially and otherwise. Earlier this month, the Supreme Court upheld the death sentence for Mumtaz Qadri, feted by Islamists after he murdered Salmaan Taseer for seeking blasphemy law reform, in a judgment moderates hailed as a blow against religious extremism.

Blasphemy is a hugely sensitive issue in Pakistan, and courts previously judged such cases “in fear,” said Zohra Yusuf, chairwoman of the Human Rights Commission of Pakistan. “Now they will decide these matters without any fear,” she commented.

Perhaps the most high profile change under the NAP has been the resumption of executions, which has seen the state go on a hangings spree. Though official figures are not available, rights groups and an AFP tally estimate that more than 250 people have been executed since December.

However, critics question the efficacy of the hangings, with Amir Rana, a leading security analyst and columnist, estimating just 25 of those executed had actually been convicted of terror charges. At any rate, recent research by the Pakistan Institute for Peace Studies (PIPS) suggests that death is no deterrent for militants.

“Many of the extremist terrorists that the executions have seemingly been revived for are individuals who… are committed to dying for their cause,” wrote the paper’s author Najam Ud Din.

Analysts have cited one area listed under the NAP’s 20-point agenda where government action could have more impact: Pakistan’s madrassahs. With little oversight of what was being taught to the children enroled in them and accusations of foreign funding, fears grew after Peshawar that some were breeding grounds for intolerance—or even extremism. But, said security analyst Rana, little has been done.

“The government lacks the courage to formulate a permanent strategy to bring religious seminaries under complete control,” he said. “They fear that the religious groups will come out in streets and resist.”

In Peshawar, where the school massacre was Pakistan’s worst ever terror attack, citizens are enjoying the effects of the crackdown, but remain cautious. “I had stopped going to the mosque for prayers… as so many bombings were taking place. Now I feel safe and take family and kids to the park and picnic places on weekends,” said marble stone dealer Javed Ali. “Since around 2014 the security situation has improved—but I cannot say it is ideal.”