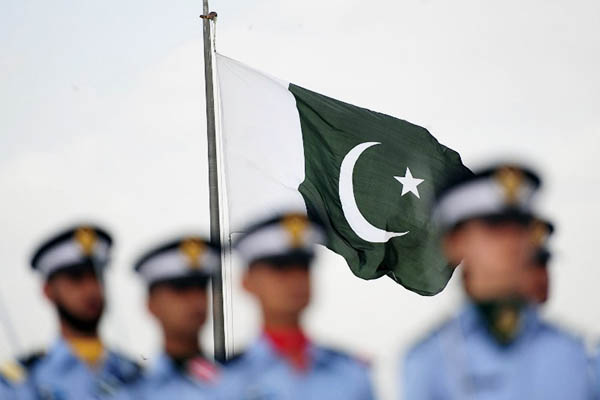 Enlightenment and reasoning can help overcome the country’s pessimism, and marginalize the forces of backwardness, radicalization, extremism and terrorism

People in Pakistan largely stopped thinking of secularism—as well as pluralism and liberalism—a long time ago, tolerating if not embracing the state’s status as an Islamic Republic. However, there remain voices who seek to consider it afresh, such as one highly respected teacher of Karachi who has the intellectual honesty to examine it from a local perspective.

In Conflict Management and Vision for a Secular Pakistan: A Comparative Study (Oxford University Press, 2014), Dr. Moonis Ahmar, professor of International Relations at the University of Karachi, raises valid concerns about how a disdain for secularism is impacting an increasingly dysfunctional Pakistan.

He was inspired to write the book when he came across the career of Martin Luther, who launched the 16th century Reformation in Europe. Out of his campaign came The Reformation Movement, which divided Christianity into Protestant and Catholic sects leading to the outbreak of 30 years of war, culminating in the peace of Westphalia in 1648. The Peace is considered a landmark event in European and world history, as it not only established the secular nature of a state by separating the State from the Church, but also laid the foundation of the nation-state system.

“As a Muslim, I need a secular state in order to live in accordance with Sharia out of my own genuine conviction and free choice in community with other Muslims, which is the only valid and legitimate way of being a Muslim. Belief in Islam, or any other religion, logically requires the possibility of disbelief, because belief has no value if it is coerced. If I am unable to disbelieve, I will not be able to believe. Maintaining institutional separation between Islam and the State while regulating the permanent connection of Islam and politics is a necessary condition for achieving the positive role of Sharia now and in future,” he quotes Arab scholar Abdullah Ahmed An-Na’im as saying.

According to Dr. Ahmar, the separation of Islam and the state is necessary to enable Muslims to uphold their genuine religious beliefs and to live accordingly, without abandoning their responsibility for, or participation in, the public affairs of their societies. Al-Na’im calls for the separation of Islam from the state, which means that those who control the state cannot use its coercive powers to enforce their own beliefs.

For a section of Muslim thinkers, secularism came to their world with imperial rule, modernization, and westernization. But it does not mean that in the religion of Islam the exploitation of religion was permitted. Unfortunately, as with Christianity, some followers of Islam have also tried to depict themselves as the custodians of religion. The only difference which one can identify in terms of raising a voice against the exploitation of religion for personal and political purposes was the 16th century’s Reformation, which ultimately prevented the abuse of religion by a part of the clergy.

Absence of revolt against the mullah

In Muslim territories, no such revolt occurred against the manipulative role of the clergy in Islam, which not only led to stagnation in Muslim societies but also closed the doors for a new thought process to keep pace with change. The clergy and nobility in Muslim empires never launched any initiative to challenge orthodox notions about religion. They discouraged any thinking which tried to project Islam as an agent of change. Only in Turkey were institutional measures taken after the collapse of the Ottoman Empire to separate religion from state and adopt secularism as an ideology in statecraft and in the realm of governance. That phase, alas, has long passed in Turkey to confirm oppressive religiosity in the rest of the Islamic world.

Terms like “secular” were never widely used in Muslim countries until the 20th century. Then, until roughly 1967, secularists, nationalists and socialists played a growing political role in the Muslim world, coming to power in several countries and carrying out secularizing programs as a concomitant of modernization. The Ottoman Empire and Turkey, its most central successor state, played a pioneering role this regard. The biggest impetus to secular nationalism came after World War I, with accession to power of Mustafa Kamal Ataturk.

Contradictions of state and society

According to the author, the scholarly discourse on the concepts of secularism in Pakistan brings to light contradictions in the state and society of the country. Confusion, ignorance, and biases continue to have an impact on issues, which remain unresolved since the creation of Pakistan, thus adding to the confusion regarding the country’s political order. Nonetheless, it is argued that the fear of secularism in Pakistan is based on ignorance of what secularism can mean for a highly fragmented society. It is also based on the archaic assumption that Islam is a complete way of life and solves all the problems of humanity forever. The question—whether Islam is a complete code of life or not and whether religion allows discourse on reasoning so as to live with changing conditions without deviating from the major characteristics of Islam—continues to linger.

Things that need to be examined while discussing secularism in Pakistan are: the Pakistan Movement; the personality of Quaid-e-Azam Mohammad Ali Jinnah; and the leadership of the Muslim League after the demise of Jinnah on Sept. 11, 1948. It would be beneficial to examine the extent to which the three contributed to the augmentation of religious schism in post-1947 Pakistan, as they were not relevant in the crisis which plunged Pakistan into a downward spiral following the death of Jinnah and assassination of Pakistan’s first prime minister in October 1951. Why, at a late stage during the Pakistan Movement, did the Muslim League raise the slogan of Islam and to what extent was it serious in establishing an Islamic state alter the accomplishment of its demand for a Muslim homeland in the Indian subcontinent? Was the state of Pakistan hijacked by those who played no significant role during the Pakistan Movement like the clergy, feudal lords, bureaucracy, and the military? These are the questions which are raised time to time from various circles and require proper response.

Linguistic intolerance and the fallout

Even in post-1971 Pakistan, despite a relative homogeneity, language remains an issue that still divides people. After the disintegration of Pakistan in December 1971, language riots occurred in Sindh where in July 1972, the Sindh Assembly by a majority vote declared Sindhi as the official language. Fierce resistance by the Urdu speaking population of the province to declaring Sindhi as the official language forced the then regime of Zulfikar Ali Bhutto to amend the language bill and give Urdu a similar status. But the slogan of Sindhi nationalism remained a strong issue and even today ethnic divisions in Sindh on the basis of language and culture exist.

For Pakistan, the concept of secularism has remained anathema because its state and societal paradigms lacked a proper sense of direction and imagination to deal with issues which divided people on ethnic and sectarian grounds. Had a secular approach based on a neutral assessment of issues been adopted, Pakistan would have been free of its troubles. Instead, hatred, antagonism, anger and violence in different segments of society has become rooted. The dismemberment of Pakistan in 1971, the surge of violence in Balochistan, ethnic strife in Sindh, inter-and intra-sectarian violence, and the escalation of religious militancy might have been averted in a secular setup.

Unfortunately, a lack of understanding of the “secular toolkit” to manage conflicts in Pakistan worsened the situation and pitted different ethnic and sectarian groups against each other. One needs to ask: how can conflicts at societal and other levels in Pakistan that cause insecurity and instability, be best understood and managed by people who possess experience and expertise in conflict studies, and who can take the risk of intervening in a conflict situation for its de-escalation?

The “secular toolkit” can be defined as a mechanism that aims to understand the nature of conflict and comes up with its professional management and resolution without biases or prejudices. Some of the items which are included in this “toolkit” are as follows: a neutral and objective approach to dealing with conflict and a pragmatic and rational understanding of the conflict. Solutions based on practical application rather than rhetoric must be sought. Tolerance, accommodation, and coexistence, political wisdom, enlightened approach, and maturity favoring a multicultural approach must inform issues emanating from cultural, ethnic, and religious diversity.

Absent the rational way of life

Since 1947, there is no process of enlightenment in sight to promote a pragmatic and rational way of life. On the contrary, unlike the 1960s and to some extent the 1970s, where Pakistani society was relatively open, the country has devolved and followed a retrogressive way of life by promoting intolerance, extremism, and radicalization in society. In that sense, there is but marginal scope for the secular toolkit in Pakistan. Things may change in the future if society and the state structures of Pakistan are made open and amenable for a healthy discourse on issues that trigger outbreak of conflicts.

Are there indicators which reveal any sign of transforming Pakistan’s societal structures? Much depends on the youth of Pakistan as their future is at stake due to anger, frustration, and violence which is quite obvious these days. Enlightenment and reasoning are the two ways by which the youth of Pakistan can certainly pull their country out of gloom and pessimism, and marginalize the forces of backwardness, radicalization, extremism and terrorism.

Today in Pakistan most politicians are in the habit of describing themselves as “nazriati” (ideological) without realizing that using “ideology” for Islam simply reaffirms the negativity of the non-liberal state that suppresses rights in favor of a “higher mission.” Pakistan was deeply wounded as a state by conflict between Islamic sects in the region. Few understood the meaning of the “ideological” state. Pakistanis had no clue where the word had come from. In fact the word sprang up during the French Revolution (1789) that went bad by giving rise to the “reign of terror.” Embrace of “ideology” by Pakistan—as coined by Antoine Destutt de Tracy, a French aristocrat and philosopher and later embraced by Lenin—meant that to become “ideologically perfect” it must reject democracy as the Soviet Union had by refusing to allow “opposition” to the Communist Party.