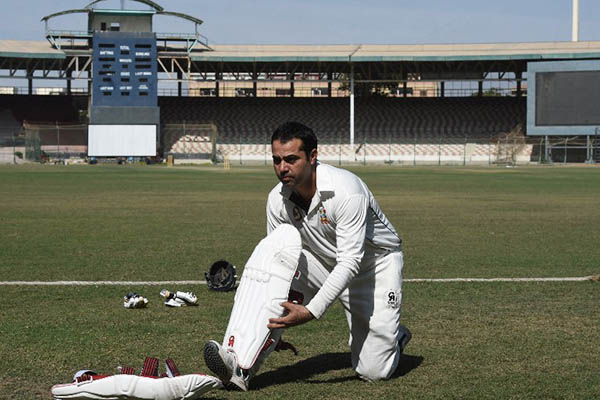 Players in FATA are showing they have what it takes to compete on the national stage.

They have lived under the shadow of drone strikes and loved ones lost to Taliban suicide bombers, but Pakistan’s tribal zone cricketers refuse to be victims and are determined to make their mark on the field.

While the Pakistan Super League, currently under way in the U.A.E., is grabbing headlines for its high-octane Twenty20 action that has been enriched by the addition of foreign stars, a quieter, historic success story appears to be unfolding at home.

Last month, a team from the Federally Administered Tribal Areas—a semi-autonomous underdeveloped region of Pakistan that is governed according to local custom—defied the odds to qualify for the country’s major tournaments, beating major sides such as Rawalpindi and Karachi along the way. The area has been a hotbed of Islamist militancy since 2001 following the U.S.-led invasion of neighboring Afghanistan, and has long been regarded as an un-tameable frontier by Islamabad, and British colonial powers before them.

The rugged mountains and small towns of these regions have historically been the setting for generations-long blood feuds between opposing clans, with boys learning to use Kalashnikovs at a young age. But since the Army widened its military operations in the region two years ago, a semblance of peace and normality is slowly returning—and some young boys are trading guns for cricket bats fashioned out of planks of wood.

Three years ago the Pakistan Cricket Board (PCB) accorded the region full member status, giving it a much-needed fillip.

FATA cricket head Noorul Haq said he was never in doubt that once security improved bat and ball would replace gun and grenade. “I was always convinced that one day we will be recognized in national cricket,” he says. “The boys of FATA have expressed themselves and once we get better facilities our team will show better results in the years to come.”

The results in the nation’s qualifying rounds were encouraging. FATA first defeated higher-ranked Abbottabad by nine wickets, then followed up with wins over established Faisalabad by 10 wickets and Karachi by 81 runs, all of which was enough to earn them a place in the Quaid-e-Azam trophy, the country’s premier first-class tournament.

Playing in the big leagues FATA managed to win only one of their seven games—losing three and drawing the rest—but their flair and fight impressed everyone.

Their biggest moment came when they outlasted a much-fancied Rawalpindi attack, rebounding from a dismal four wickets lost without any runs on the board in the first innings, to reaching 180 in their second outing for a four-wicket victory.

Stocky right-hander Fawad Khan was the toast of the FATA batting, with 521 runs in seven trophy matches highlighted by a pair of centuries—a 108 against Lahore and an impressive 172 against Karachi. “I used to play for Peshawar before FATA team was granted rights,” said Bannu-born Fawad, who also previously played for Abbottabad. “But this is great to have a team of our own region and I tell you, we have the talent to go places.”

Like others in the squad Fawad has experienced personal loss because of the region’s troubles—his brother-in-law died in a suicide bomb attack in 2012.

Pace bowler Irfanullah Khan, a one-time member of Pakistan’s under-19 squad, lost his brother, another promising cricketer, in the same attack. “Sadly he lost his life and I am carrying on his mission to play,” said Irfanullah.

FATA’s cricketers are mostly on retainers amounting to hundreds of dollars per month as opposed to the tens of thousands some Pakistani players earn in the EPL. But coach Kamran Khan said the hard-knocks backgrounds of his team could work in their favor.

“The best thing about them is they don’t give up,” said Kamran, a former first-class player. “They fight till the end and that’s in their blood. That will help them develop into a top side in the years to come.”

which cricketers is your favorite?