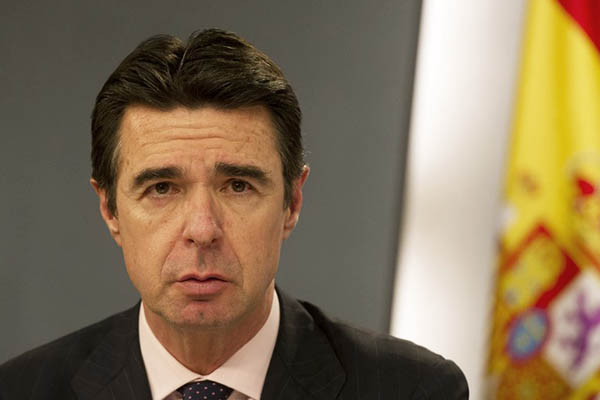 Jose Manuel Soria says he felt compelled to resign due to ‘mistakes’ committed in trying to explain his business activities.

The worldwide Panama Papers scandal claimed a fresh political victim on Friday as Spain’s industry minister resigned over allegations he had links to offshore companies.

Jose Manuel Soria said he had tendered his resignation “in light of the succession of mistakes committed along the past few days, relating to my explanations over my business activities… and considering the obvious harm that this situation is doing to the Spanish government.”

Soria’s troubles began on Monday when Spanish online daily El Confidencial, which has had access to the Panama Papers—millions of files leaked from law firm Mossack Fonseca—said he was an administrator of an offshore firm in 1992.

Soria called a news conference to deny any link to the company, but as the week went by, more allegations emerged from other media outlets, revealing further alleged connections to offshore havens. It is unclear as yet whether any of his alleged actions were illegal.

Soria is the latest political victim of the Panama Papers leak, which revealed how the world’s wealthy stashed assets in offshore companies and which the law firm blamed on a computer hack. Iceland’s Prime Minister Sigmundur David Gunnlaugsson was also forced to resign over the leaks.

In his statement, Soria said politics “is an activity that must always be exemplary, also where… explanations are concerned.”

“When that doesn’t happen, one must assume one’s responsibilities,” he added, in an indication that he was resigning due to how he had handled the revelations, rather than over any irregularities.

The initial revelations showed that Soria’s name appeared alongside his brother’s as administrator of a company based in the Bahamas created through Panama-based Mossack Fonseca. He denied any links to that firm, and said he had told Spanish prosecutors to clear his name with the Panamanian authorities.

But then other media revealed that Soria had links with another company based in the offshore haven of Jersey until 2002, when he was mayor of Las Palmas in Spain’s Canary Islands. In his statement, Soria blamed his contradictory explanations over the week on “the lack of accurate information on facts that happened more than 20 years ago.”

Soria’s resignation is another blow to Mariano Rajoy’s Popular Party (PP) government, which has been ruling Spain in a caretaker capacity as political groupings try—and have so far failed—to reach an agreement on a coalition government after inconclusive December elections.

The conservative Popular Party, in power since 2011, has been shaken by corruption scandal after corruption scandal. And while there is as yet no indication of any irregularities where Soria is concerned, the revelations are likely to embarrass the party, particularly as the country gears up for fresh elections due to the failure to reach any coalition agreement. His is the second scandal-triggered resignation to hit the Party since it came to power in December 2011.

In November 2014, then health minister Ana Mato was forced to step down over corruption investigations. Soria said he would abandon all political activities from Friday.