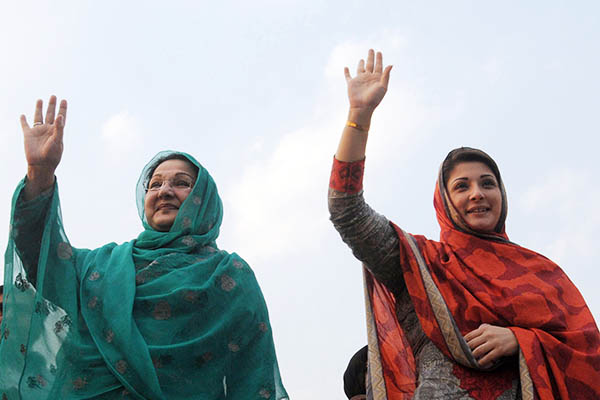 Pakistan was bound to succumb to a political paroxysm after the data of Mossack Fonseca, a Panamanian law firm providing tax havens to clients globally, was hacked and made public this week. There are many clients of the firm in Pakistan, but details of Prime Minister Nawaz Sharif’s family accounts have concentrated the national mind. The political parties currently at loggerheads with him are belching charges of grand theft. No one is convinced that the prime minister owns nothing and therefore pays very little as income tax.

The revelations, called the Panama Papers, have prompted TV anchors to call on the Sharif family and ask tough questions about how large amounts of money came to be invested outside Pakistan through three offshore companies acquired by them via Mossack Fonseca. Sharif’s son Hussain has appeared on TV and defended his and his brother’s property in London bought with the proceeds of the sale of a factory set up in Saudi Arabia during their father’s exile there from 2000 to 2007. The Papers make no claim of culpability of those whose names have been revealed, but a number of countries with prominent names in the list have pledged to hold inquiries.

Nawaz Sharif’s Pakistan Muslim League (Nawaz) is facing daily broadsides from most opposition parties in Parliament. Imran Khan of Pakistan Tehreek-e-Insaf is leading the aggressive chorus, asking the National Accountability Bureau to pounce on the prime minister. Some discussants on TV channels have been more acerbic, accusing the Sharifs of gouging big money from the current infrastructure projects in Punjab and sending it abroad through hawala. One is sure that this distraction will go on for some time, to the neglect of an economy whose long downturn is forcing Pakistanis to risk dying while crossing the Aegean to Greece. For sure, the Mossack Fonseca scandal in the West is going to play out over decades with no clear legal verdict.

It took the world a long time to make Switzerland forthcoming about the Third World money stashed there in secret accounts. Yet a case against late Prime Minister Benazir Bhutto came to nothing after years of litigation in a Swiss court. Khan, too, is being accused of using a tax-haven company and losing his cancer hospital funds there. The decibels are bound to rise in Pakistan in the coming days when the language of politics is further degraded and the ruling party hits back with tit-for-tat charges.

what a worthless article. Below standard no investigative journalism atleast should have read the reports.