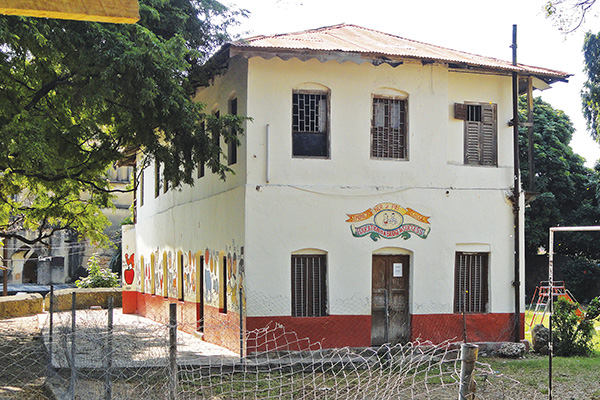 Once famed for its beaches, Zanzibar is becoming known for religious violence.

It was an awful week for Tanzania: religious tensions erupted, and a horrifying acid attack on a pair of young British women spurred international headlines. The country’s tourism officials may want people to focus on Zanzibar’s white sandy beaches, but an increasing religious radicalization, led in part by the notorious Islamic cleric Sheikh Ponda Issa Ponda, is beginning to hurt Zanzibar’s image abroad.

On Aug. 7, two men on a moped threw acid on two 18-year-old volunteers, Kirstie Trup and Katie Gee, who suffered burns to their torsos, hands, and faces. There is no suggestion that Ponda, a hardline preacher who has been an outspoken critic of the largely pro-Western government for more than a decade, was personally involved in the attack. But authorities claim that he has worked darkly behind the scenes, and after the assault, police arrested Ponda on charges of “inciting unrest.” Hospitalized after a violent standoff with police 120 miles west of Dar es Salaam, Ponda denied that he had played any part in instigating the acid attack. “In our Muslim religion it is not acceptable to attack somebody with whom you have not quarreled,” he told the British newspaper The Telegraph. But a British business consultant who lives on the island says Ponda is “a huge figure widely regarded as stirring up religious hatred.” Fearing retribution, the businessman wanted to remain anonymous.

Angel Rabasa, the author of Radical Islam in East Africa, says the acid incident had all the hallmarks of a politically motivated attack. “This type of attack is consistent with the modus operandi of fundamentalist Islamists all over the world,” he says. “The throwing of acid is very common.”

Ponda has links to one of the most fanatical hardline Islamic groups on the island. The group, known as Uamsho, or the Awakening, wants Zanzibar to break away from Tanzania and form an independent Shariah state. In part due to groups such as Uamsho, conservative Islamic attitudes on the island have grown in recent years. “Zanzibar has certainly changed,” says Michael Jennings, the chair of the Center of African Studies at SOAS, University of London. “There even used to be a few transvestite bars. Not anymore.”

According to The New York Times, the acid attack was just the latest episode of violence on the island. This year a Roman Catholic priest has been murdered and a church has been burned. And last year another priest was shot and wounded, and several churches burned.

Dotted with palm trees and surrounded by turquoise waters, the archipelago is a heartbreakingly incongruous backdrop to such horror.

Lisa Grainger, 49, who just returned from visiting the island, certainly felt the dissonance between the view and reality.

“They want you to think it’s idyllic,” she says. “But it feels like two cultures colliding. You have women in burqas and then a cruise ship with 200 American tourists docking. Of course they’re wearing little tops. It can be intimidating.”