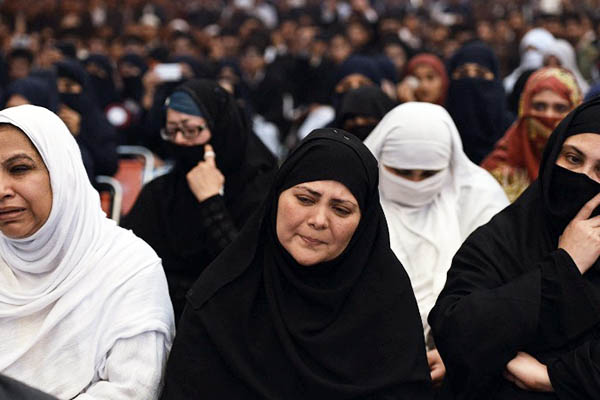 Many parents demand state, military explain what led to failure of security apparatus that resulted in brutal massacre.

Peshawar’s parents are seeking retribution: not only from the Taliban gunmen who slaughtered their children one year ago, but from a state they say has not yet answered for the nightmare they are still living.

The massacre saw six extremists scale the walls of the Army-run school in the northwestern city, lobbing grenades and opening fire on terrified children and teachers, murdering them one by one before being killed by security services.

Many of the mothers and fathers of more than 130 children murdered in the December 16 attack are ethnic Pashtun, their lives infused with the tribal code of ethics of which badal, revenge, is a cornerstone. As such they take grim satisfaction in knowing that the military has wreaked its vengeance on the insurgents with hangings, arrests, and an offensive in the tribal areas where militants had previously operated with impunity.

But the same parents are railing against a deafening silence from authorities over how a security apparatus put in place to protect them could have failed their children so completely. “At least someone at some level was responsible… Why don’t they talk about it?” asks Abid Raza Bangash, whose 15-year-old son Rafiq was among those slaughtered.

The assault—in which 134 children and 17 adults died, according to the Army—shocked and outraged Pakistanis, already scarred by nearly a decade of attacks, and prompted a crackdown on extremism in civil society. But no government, security or military official has yet been held to public account.

Bangash left his job as an engineer to become head of the Shuhada Forum, a lobbying group of parents of the victims who gather on the 16th of every month in the city’s cultural center, Nishtar Hall. “We want a fact-finding inquiry commission headed by a senior judge to probe this incident. The findings of that commission should be made public,” he said. “Still my heart is crying,” he says, remembering his son. “How can I forget him?”

In August, after a military trial that took place behind closed doors, the Army announced that six militants linked to the Peshawar assault would be executed, while a seventh was given a life sentence. On Dec. 2, four were hanged at dawn in a prison in Kohat, enraging parents who wanted to witness their deaths.

“All the nation wanted to see these animals hanged publicly so others would not dare follow their example,” Bangash told AFP angrily after the executions. “Being a Pashtun, I think public hanging would be a remedy for the parents—a sort of relief to them,” said Ajun Khan, whose only son Asfand, a 10th grader, was among the children killed.

But Khan said even public executions would not deter the parents from their quest for a judicial inquiry. They will seek remedy with the United Nations or the International Court of Justice if their demands are not met, he said.

The parents have already met with officials at all levels and military chief General Raheel Sharif three times, but Bangash says they have not been given the answers they seek, or reassurances that other people’s children will be kept safe in the future.

Not all the parents agree. Tufail Khattak, father of victim Shersha, 15, lauded both the civil and military authorities for their efforts. “We have been acknowledged,” he said, noting that the victims have already been honored with awards and families been paid compensation, while more than 100 government schools have been named after the children.

Khyber-Pakhtunkhwa’s information minister Mushtaq Ghani said he understands the parents’ feelings, but dismissed the need for a judicial inquiry, saying the facts of the assault were clear. On Friday he told reporters that the investigation into the attack had been expanded, and that parents would soon be told of the findings.

A senior security official also defended steps taken since the attack to AFP, saying the Army would go to “any extent” to satisfy the parents “provided their demands are fair.” Some have argued that if the government and Army would reveal what went wrong, it might make still-traumatized survivors less afraid.

But for others nothing—not badal, security or a judicial inquiry—will ever be enough. Andalib Aftab, a chemistry teacher at the school who lost many of her students as well as her 16-year-old son Huzaifa in the attack, described the parents as fish without water. “We just want to see our kids,” she said tearfully.