Partial Lunar Eclipse to be Visible in Pakistan Tonight 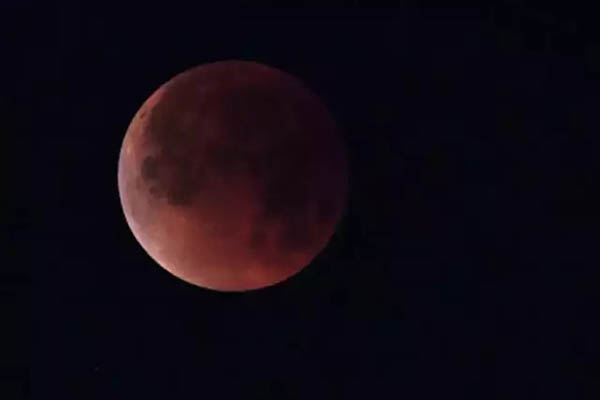 A penumbral lunar eclipse will be visible in Pakistan starting on the night of June 5 (Friday) and concluding in the early hours of June 6 (Saturday), according to a statement issued by the Meteorological Department.

In a penumbral lunar eclipse, the outer portion of Earth’s shadow covers the moon. Eclipses of this sort are usually difficult to observe, and the moon often appears to turn red as it passed through the Earth’s shadow, directly behind the planet.

Penumbral lunar eclipses are often difficult to see by the naked eye, as only a portion of the sun’s light is blocked from reaching the moon.

Apart from Pakistan, the eclipse would also be visible from much of Europe and Asia, Australia, Africa, South America, Pacific, Atlantic and Indian Ocean and Antarctica.