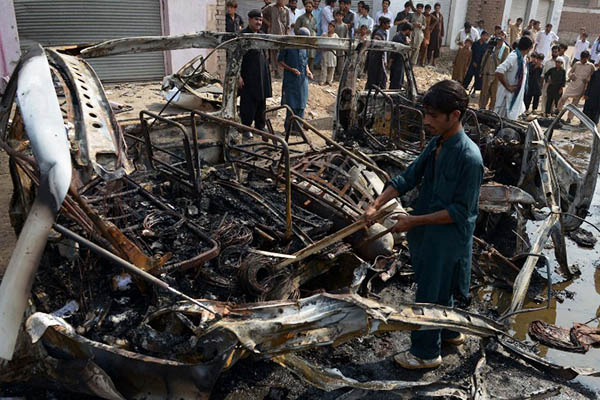 At least seven people killed, another six wounded in blast on bus traveling to Hangu.

A bomb blast on a passenger coach in northwest Pakistan on Thursday killed at least seven people and wounded another six, police said.

The bomb was planted beneath a passenger seat and exploded in the outskirts of Peshawar while the bus was en route to the town of Hangu. “At least seven people have been killed and six wounded, the bomb was planted under a seat,” said senior police official Najeeb Ur Rehman.

The motive of the attack was yet not clear but police said they suspected a sectarian motive in a region known for Sunni-Shia violence.

Peshawar is the gateway to the seven semi-autonomous tribal regions where the military has been battling Islamist militants for more than a decade. The Army launched a major operation in June to destroy bases of the Taliban and other militants in the North Waziristan tribal area.