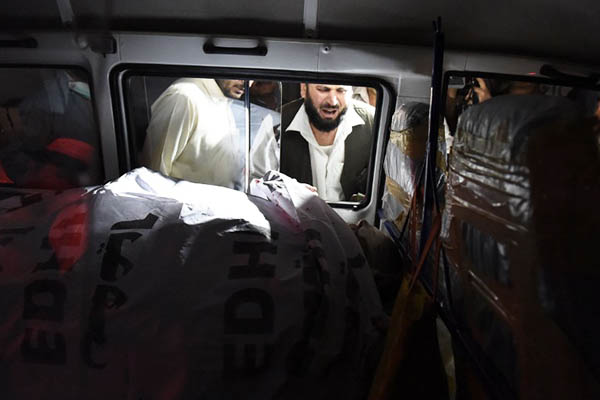 “The attackers forced the buses to stop, abducted more than two dozen passengers, and then shot at least 19 dead,” said Ismail Ibrahim, a senior official in the province. The buses were en route to Karachi when they were stormed in Mastung district, according to Akbar Harifal, deputy district commissioner.

Sarfaraz Bugti, the province’s home minister, later said that 15 to 20 attackers armed with guns and other automatic rifles were involved in the attack. “Security forces are after them, they are on the run,” he said. He said the people targeted in the attack appeared to all be Pashtun tribesmen.

Resource-rich Balochistan is the largest of Pakistan’s four provinces, but its roughly seven million inhabitants have long complained they do not receive a fair share of its gas and mineral wealth. No group has yet claimed responsibility for the attack but Baloch separatists demanding greater autonomy have been waging an insurgency for years and the province is also riven by sectarian strife and Islamist violence.

Rebels began their fifth insurgency against the state in 2004, with hundreds of soldiers and militants killed in the fighting since then. Human rights groups allege the security forces commit abuses, accusing them of picking up non-militant separatists, including academics and students, torturing them and dumping their bodies on the streets.