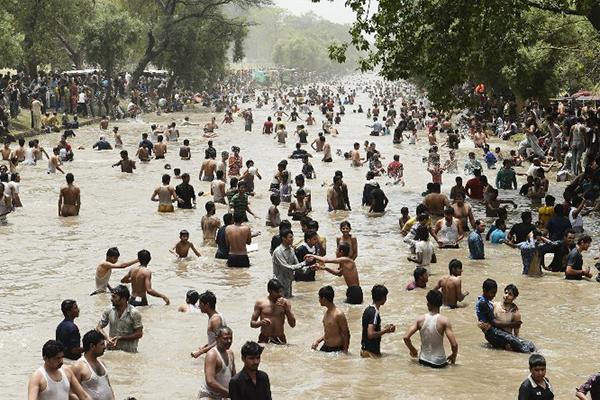 The first decade of the 21st century was the hottest on record, marked by unprecedented climate and weather extremes that killed more than 370,000 people, the United Nations weather agency said Wednesday.

The period from 2001 to 2010 was the warmest decade for both hemispheres since records began in 1850, was the second-wettest since 1901, and saw the most tropical cyclones since 1855, the World Meteorological Organization said in a new report.

“WMO’s report shows that global warming accelerated in the four decades of 1971 to 2010 and that the decadal rate of increase between 1991-2000 and 2001-2010 was unprecedented,” the head of the agency, Michel Jarraud, said in a statement.

He placed much of the blame on rising concentrations of heat-trapping greenhouse gases, which he said were “changing our climate, with far-reaching implications for our environment and our oceans, which are absorbing both carbon dioxide and heat.”

Preliminary findings released in March 2012 had already suggested the first 10 years of the millennium were the hottest ever, but WMO’s report, Global Climate 2001-2010, A Decade of Extremes, hammered home the message.

Based on surveys of 139 countries, it showed that nearly 94 percent registered their warmest decade in 2001-2010, while 44 percent reported nationwide temperature records during the period. Globally, every year of the decade except 2008 was among the 10 warmest years on record, WMO said.

Floods were the most frequently experienced extreme event during the decade, such as those in 2010 in Pakistan that killed some 2,000 people and affected 20 million others.

The number of people killed by floods fell by 43 percent, and those who perished in storms by 16 percent over the decade, thanks to better early warning systems and increased preparedness.

Despite this, the first 10 years of the 21st century registered more than 370,000 deaths linked to weather and climate extremes, up 20 percent from the previous decade.