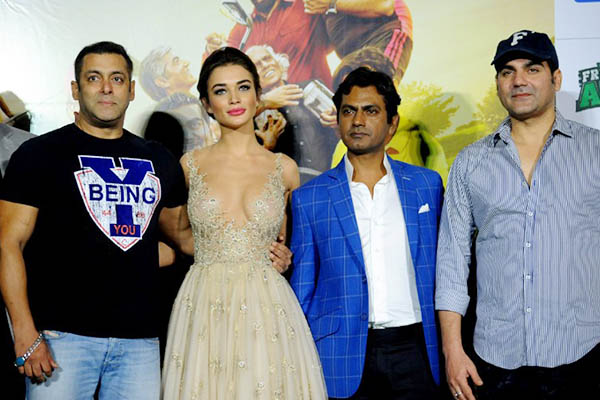 A ban on exhibiting Indian cinema in Pakistan will hurt only Pakistanis.

The Pakistan Film Exhibitors Association decided to boycott in October all Indian films in response to New Delhi’s decision to ban Pakistani actors and technical staff from working in Indian films. After nearly months, the Association has decided to lift the ban “because things have gotten better.” As a first, tentative step, feel-good comedy Freaky Ali starring Indian-Muslim actors Nawazuddin Siddiqui and Arbaaz Khan has been screened in an attempt to rehabilitate the deserted cinemas of Pakistan.

When the ban was imposed it was universally welcomed. But within weeks, it began to hurt a still-struggling cinema industry employing thousands—and the citizenry resorted to either piracy or paucity of good entertainment, with the quality-gap between Indian and Pakistani films still deemed too big. It must be conceded that some Pakistani films have been internationally accepted as creative cinema, but the market is now looking for the kind of screen extravaganza that only big-budget Indian films can provide.

The Pakistan Film Producers Association is not pleased that Indian movies are back in the market but the truth is that the Pakistani film industry is simply not capable of filling the entertainment gap left in the absence of Indian cinema. Once considered the better—quality-wise—of the two, Pakistan’s film industry has fallen prey to Islamization’s ever-tightening anti-entertainment noose. After 2001, cinemas were actually closed and music banished from the province of Khyber-Pakhtunkhwa. Actresses in particular felt unsafe in the hostile high-morality environment and Al Qaeda-affiliated militants killed many. One was killed last month in Lahore—although police believe it might have been the result of an “old enmity.”

Islamabad never imposed any ban on Indian movies but may be tempted to do so in future. This would not be wise. Piracy was rampant across Pakistan as a means to watch Indian films in the days they were officially banned. The Bollywood industry remains key to India’s soft power in South Asia, Central Asia and Africa, competing nicely with Hollywood, which had earlier ousted cinematography from Europe without damaging European nationalism. Pakistan’s electronic media authority has already made TV unwatchable after taking off any channel even remotely linked to India—including sports channels. Pakistan should relax; Indian films can’t hurt it.