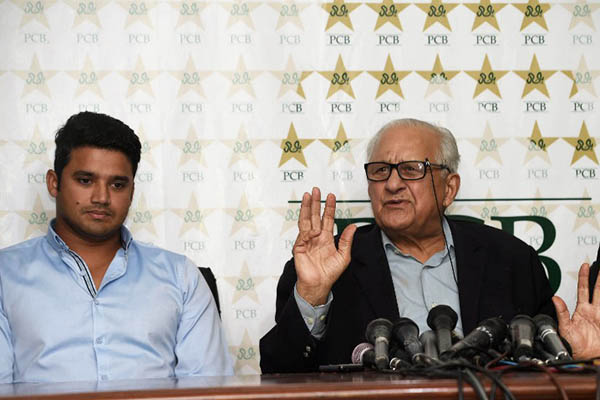 Pakistan’s cricket chief on Tuesday said he had refused to accept one-day captain Azhar Ali’s resignation over the widely tipped selection of convicted spot-fixer Mohammad Amir, saying the team could not afford a crisis at this time.

Ali had tendered his resignation to protest Amir’s prospective return to the national team for next month’s tour of New Zealand, almost six years after he was banned and jailed for deliberately bowling no balls as part of a betting scam in a Test match.

Speaking to AFP, Pakistan Cricket Board Chairman Shaharyar Khan said he had changed 30-year-old Ali’s mind. “I met Ali and since he resigned as captain I convinced him not to do so as Pakistan cricket cannot afford a crisis at this time,” he said.

Ali and former Twenty20 captain Mohammad Hafeez refused to train with Amir in the national team’s fitness camp last week but returned after being threatened with disciplinary action.

Beyond the controversy surrounding the returning paceman, Pakistan was hit Sunday with the provisional suspension of its premier spinner Yasir Shah after he tested positive for a banned substance. Pakistan is likely to announce the squad for the New Zealand tour in the next couple of days. They play three one-day and as many Twenty20 internationals on the tour starting Jan. 15.

Amir, along with Salman Butt and Mohammad Asif, was banned after a spot-fixing scandal on the 2010 tour of England. The trio was charged for accepting illegal money in return for deliberate no-balls during the Lord’s Test against England. The three players were also jailed by a U.K. court in 2011.

But the International Cricket Council in September this year allowed them to return to international cricket.

Ali took over as one-day captain in April this year after Misbah-ul-Haq retired from limited over cricket following the 2015 World Cup.