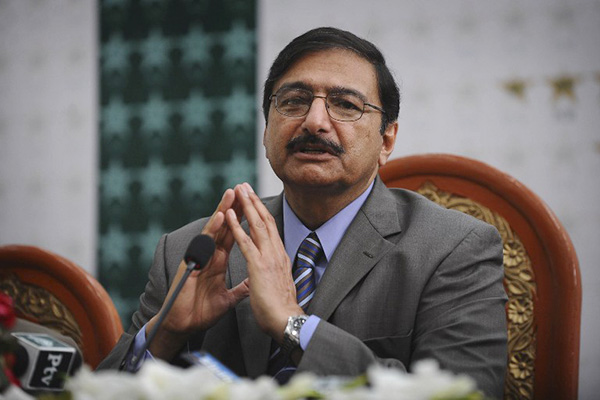 Zaka Ashraf’s chairmanship placed on hold over allegations that his election was ‘motivated and polluted.’

The head of Pakistan’s cricket board was suspended on Tuesday over a “dubious” and “polluted” process to elect him.

Zaka Ashraf became the first-ever elected chairman of the Pakistan Cricket Board earlier this month after the organization adopted a new constitution demanded by the sport’s global governing body to reduce political interference.

The 60-year-old was originally appointed by President Asif Ali Zardari, the board’s patron, for an undisclosed tenure in October 2011 under a system deemed unacceptable by the International Cricket Council. For the election, Zardari nominated Ashraf and one other person as candidates, but the process has been hit by numerous legal challenges.

On Tuesday, the Islamabad High Court ordered Ashraf to halt work as chairman following a challenge filed by Ahmed Nadeem Sadal, a former player and coach of the Army side. “The petitioner has a good arguable case in his favor as the entire process of the election of the PCB chairman appears to be motivated and polluted,” the order said.

The ruling said allowing Ashraf to continue would damage the PCB “as a result of dubious and nontransparent election” and suspended him until the next court hearing on June 13.

Sadal said he had brought the challenge as a matter of principle and demanded fresh elections for the chairman. “The elections were not announced, held secretly and undemocratically,” he said.

PCB legal adviser Taffazul Rizvi said the board would abide by the ruling but claimed the court had not been presented with the full case. “We will present the facts before the court and after that any decision will be followed in letter and spirit,” Rizvi said.

A PCB governing board meeting minus Ashraf was briefly held later Tuesday in Karachi, putting off the larger general body of the PCB due to meet on Wednesday. “In respect of the court decision the governing board cancelled the general body meeting,” said a PCB spokesman.

The nomination of Ashraf by Zardari had been widely criticized by former players and officials because it was seen as politically motivated, with the cricket head coming from the same party as the president. Former captain Rashid Latif has also challenged Ashraf’s appointment in the Sindh High Court and a hearing will be held on Wednesday.