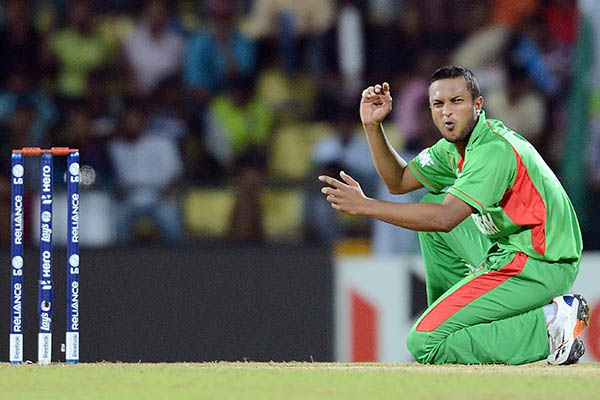 Pakistan has denied allegations that it blocked its players from participating in the Dhaka cricket league, saying Friday that the Bangladesh board never contacted it to seek clearance.

Under the new rules of the International Cricket Council (ICC), a no-objection certificate (NOC) is mandatory from the home board for players to take part in a domestic competition in another country.

Several Pakistani players feature in the annual Dhaka Premier League, but the strained relations between the two countries have forced the organizers of the 12-team competition starting from Sept. 10 to go ahead with no representation from Pakistan.

The relationship between the Pakistani and Bangladesh cricket boards hit a low last year after Bangladesh twice refused to tour their neighbors, after agreeing to a short limited over series. The move prevented Pakistan from reviving international cricket on their grounds, suspended since terrorist attacks on the Sri Lankan team bus in March 2009.

Earlier this year, the Pakistan Cricket Board (PCB)—in an apparent tit-for-tat—refused to allow its players to feature in the Bangladesh Premier League, separate from the private Dhaka league.

The PCB said the Bangladesh Cricket Board (BCB) never contacted it to seek permission for players to feature in the league.

“It is only reasonable to expect PCB to deal with the governing body of cricket in a country rather than its affiliated units and the matter of giving permissions to players for foreign leagues is between the respective boards,” said a PCB spokesman. “In case of Dhaka Premier League, though we were contacted by organizers of the league at a very late stage, BCB never contacted us.”

Reports from Bangladesh said the BCB refused the requests from the Dhaka league teams to take the initiative of talking to the PCB.

Several Pakistani players including the great left-arm paceman Wasim Akram and batting maestro Mohammad Yousuf have participated in the Dhaka league in the past.

Some of the players have shown resentment over the loss of money.

“Bangladesh board should have taken the initiative when the teams contacted them,” said a Karachi-based player on the condition of anonymity. “It’s loss of money for us and loss of gloss for them as Pakistani players are star attraction for their crowds.”

Wow , that’s a great news, good decission made by PCB. I will update this news on my website as well 😛 Thanks 🙂