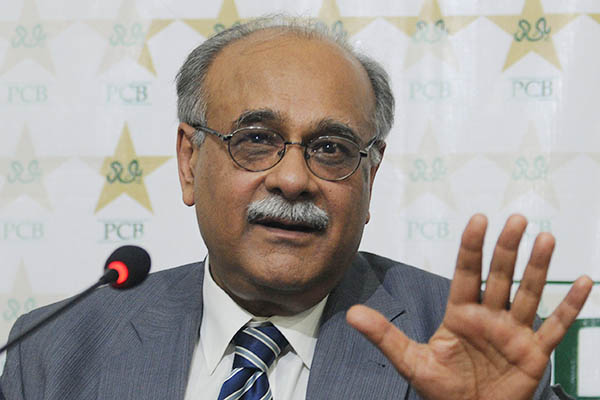 Pakistan’s cricketing body says it will approve the revamp if it is allowed the chance to play bilateral series with other teams.

Pakistan cricket administrators Thursday said they would support a move to reorganize the game’s governing body on the condition of being granted the chance to play bilateral series with other teams.

Pakistan is the only country that has not approved the revamp of the International Cricket Council (ICC) under reforms handing the majority of the powers and revenues to the “big three” of the game—India, Australia and England. The plans were passed during an ICC meeting in February in Singapore where Pakistan and Sri Lanka abstained from voting. But last month Sri Lanka agreed to the reforms.

The Pakistan Cricket Board (PCB) announced its conditional support of the plans after a two-day ICC board meeting ended in Dubai on Thursday. “The PCB announces its conditional support to the revised ICC resolutions regarding the future governance structure and financial model approved previously by all members excluding PCB, thereby ending PCB’s isolation within the international community and opening the doors to international cricket in a vital manner,” the PCB said in a statement.

The board said it would sign off on the reforms after being granted the opportunity to play bilateral series, specifically with India, which are an important source of revenue for the PCB. “The conditions are signing of mutually beneficial bilateral cricket tours from 2015-23 with all members, especially India,” it said.

India has not played a full bilateral series with Pakistan since the 2008 terror attacks on Mumbai, which New Delhi blamed on militants based in Pakistan. Pakistan toured India for a short limited-over series in December 2012-January 2013 but this did not open the door for a full series including Test matches.

PCB chairman Najam Sethi, who attended the Dubai meeting, said the board had received assurances of renewing cricket series, including with India. “We had completed the discussion, consultation and negotiation phase with regard to the revised resolutions. It was important for us to get assurances on bilateral cricket with all Boards, especially India, which we have now received,” Sethi said in the statement. “The detailed Future Tour Programs are now being finalized with all, especially India,” he added.