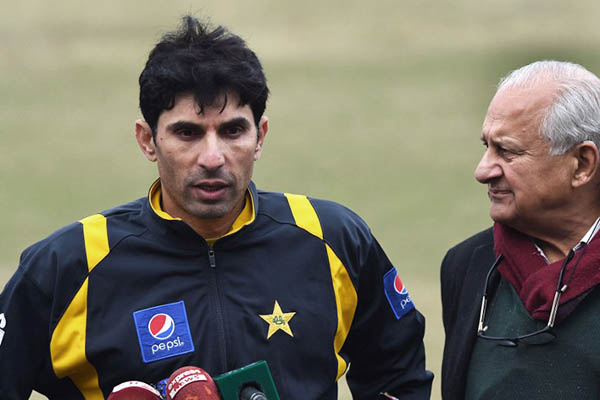 Senior players are against the short-term contracts offered by management ahead of the World Cup.

Pakistan cricket authorities and players on Monday said they were working at resolving a potentially destabilizing contract row a month away from the World Cup.

The Pakistan Cricket Board (PCB) earlier this month announced it would extend existing annual contracts for another three months, apparently wanting to give the next set of long-term contracts on the basis of performances during cricket’s premier tournament, which is this year hosted by Australia and New Zealand. But the players, including skipper Misbah-ul-Haq, have refused to go along with the makeshift arrangement.

Speaking on the condition of anonymity, a senior player told AFP: “First the board has drafted a short-term contract and secondly the incentives given to the players have been changed, so we are in talks with the board to solve the matter.”

A PCB spokesman confirmed the matter was being negotiated and said that it had acted in line with its own rules. “There were some reservations which we are sure will be resolved in the next couple of days,” said the spokesman. “As per the rules these contracts are extendable by 180 days which is what has been done.”

The PCB had added newcomers Sohail Khan, a medium-pacer, and leg spinner Yasir Shah to the existing list of 31 players who were awarded central contracts in A, B and C category on the basis of performance and seniority last year. Former players and officials have termed the central contract row as “damaging” with the World Cup just three weeks away.

The 11th edition of the 50-over mega event runs from Feb. 14 to March 29. Pakistan will fly to Australia on Feb. 5 to play two World Cup warm-up matches on Feb. 9 and 11. They start their World Cup campaign with a highly charged match against defending champions India in Adelaide on Feb. 15.