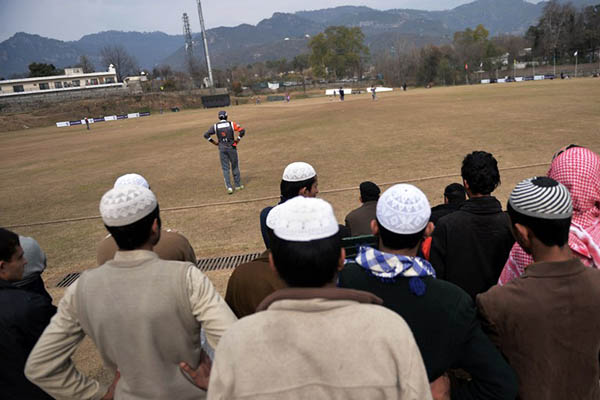 Former batsman Basit Ali has alleged that the Sialkot Stallions purposely lost their match against the Karachi Dolphins last week.

The Pakistan Cricket Board (PCB) said on Tuesday that it would investigate allegations of match fixing in a domestic Twenty20 match last week.

Former batsman Basit Ali made the charges over the T20 Cup match between the Sialkot Stallions and Karachi Dolphins on Feb. 11. The PCB said it had appointed a three-man committee to probe his claims.

Basit openly criticized the match in television commentary after Sialkot, who had already qualified for the knockout stages, was bowled out for a paltry 91 in the last group match. They then did not try to win the match against a weak Karachi side who were by then out of the knockout stages. “I saw that batsmen were getting out deliberately and then Sialkot did not try to defend the total by bowling non-regular bowlers,” said Basit.

Led by former Pakistan captain Shoaib Malik, Sialkot lost the match by six wickets. Sialkot protested over the allegations by playing their next match on Feb. 12 with black armbands and successfully demanded Basit’s removal from the commentary panel. The PCB said the fact-finding committee would submit its report to PCB chief operating officer Subhan Ahmed within a week.

Malik was banned for one Test and fined 75 percent of his match fee after admitting to deliberately throwing a match in the first edition of the national Twenty20 in 2005.

Former captain Rashid Latif backed the latest allegations leveled by Basit. “What Basit is saying has weight and must be investigated,” Latif said earlier this week.

Match fixing has long haunted Pakistan cricket. Former captain Salim Malik and paceman Ata-ur Rehman were banned for life after a match fixing inquiry in 2000. Australian players Shane Warne, Mark Waugh and Tim May alleged Malik, then Pakistan captain, offered them bribes to underperform during their tour of Pakistan in 1995. Former captains Wasim Akram, Waqar Younis, Saeed Anwar and Inzamam-ul Haq were among six players fined by the same inquiry in 2000.